AS a master storyteller, Amber Williams is a firm believer that “people don’t buy products, they buy stories.”

Williams is the founder of Punkyflair, a Washington, D.C., branding consultancy that serves beauty, fashion, and lifestyle startups with a unique edge. Her approach to winning in business is in “helping entrepreneurs build brands that will last forever.”

As a woman whose greatest moments are always evolving in a series of forward elevations, Williams tries not to summarize who she is solely through her professional endeavors.

When speaking to Marie Hunter Beauty, Williams mentions that she is a “dreamer” who owes it to her parents for raising her “to have a high degree of irresponsible ambition, to dream beyond reality’s limitations, and to have the audacity to pursue anything.”

“I’ve chased every dream from becoming a famous fashion writer in NYC at the peak of the economic recession in 2008 to training to be a top-notch cyclist in 2012. The first dream, I [made] significant progress on, landing a position after undergrad at one of the most prestigious fashion houses in the world - Armani. The second - well - I didn’t make it past two cycle classes before realizing those skinny seats weren’t for me.”

Though Williams does not shy away from a good challenge, it was during former President Barack Obama’s 2008 presidential run when she fell in love with storytelling.

“Almost obsessively, I watched Obama’s campaign speeches. I paid attention to how he introduced himself, how he communicated his plans for our country, how he answered questions, and – most importantly – how he connected to people,” Williams said. “I observed something very simple yet quite enthralling: he rarely mentioned himself. Instead, he told stories. And I don’t mean the generic kind about the farmer in middle America who felt forgotten.”

By Obama “finding the common thread in our lives and wrapping them up into a narrative called ‘Hope’ and ‘Change’, Williams was fascinated, coming to the conclusion that “if story was that powerful,” she wanted to be a person that told them. 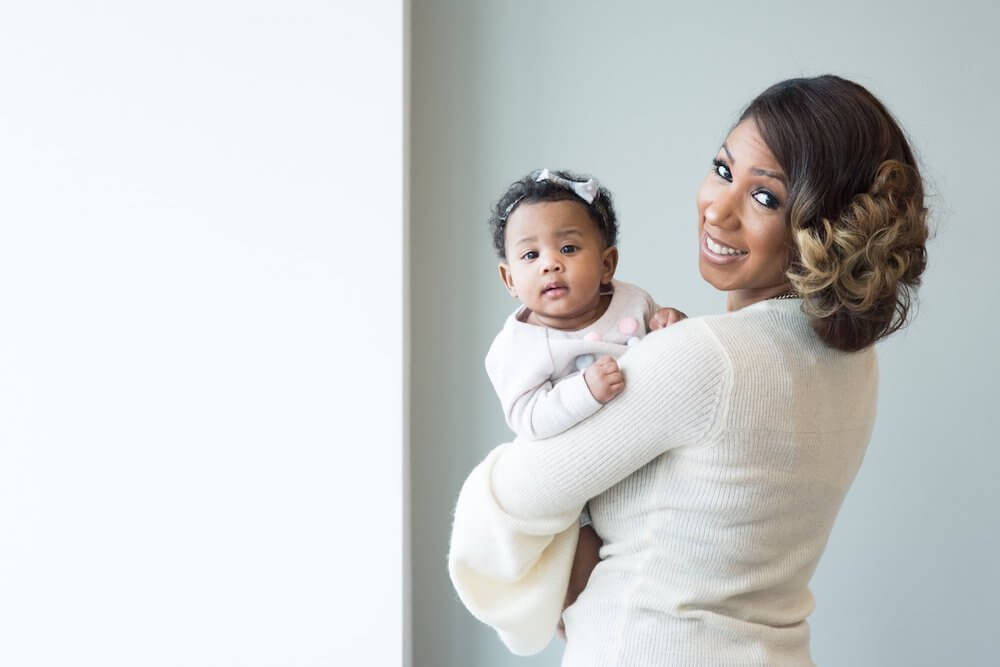 A wife and mother of two, Williams’ pivotal moment in launching Punkyflair came just three months after giving birth to her son Carter. She was unthinkably overlooked for a well-earned promotion because upper management believed elevating her above “male peers after just 12 months would have caused friction,” and it made Williams vow to “never again allow any person or any company to dictate what [she] deserved or would be allotted.”

So after soaking up all of her maternity leave, Williams resigned two days before her scheduled return. From that day forward, she has officially called herself “CEO & Master Brand Storyteller”.

Since launching Punkyflair, “a name that reflects her boisterous personality,” in February 2015, Williams’ love for storytelling has helped her cultivate the brands of many startups and early-stage ventures - most of them run by women and people of color.

As a black woman herself, Williams sees herself in her customers’ struggles. “Most times, when I work with my clients, I see myself. The only difference is that they sell products and I sell words,” she mentioned on The Story Exchange.

Williams understands that black women are the fastest-growing demographic of business owners, but their business ventures tend to remain small and struggle to grow. To help her clients along the way, Williams guides them through what she calls story-craft, “a multi-step process Williams developed that pieces together a relatable, thorough narrative for their brand that’s designed to resonate with customers.”

When asked, “What advice would you have for a female entrepreneur ready to take the leap into entrepreneurship?”

“Many women make the crucial first mistake of attempting to follow in someone else’s footsteps when starting a company,” Williams replies.

When building a brand, it has to withstand the test of time. For that to happen, the first thing you must ask yourself as an entrepreneur is WHY?

Because knowing your WHY? “Keeps you grounded and focused on the greater mission of your business,” Williams said. “It’s what will shape your decision-making, your innovation, your team building, and the story you’ll ultimately tell to get your ideal customers to buy from you.”

The ‘master storyteller’ has honed her craft by working with brands such as Armani Exchange in New York City between pursuing degrees.

She also dug in her stilettos while building her career at marketing guru companies Merkle and FCB Global, and she also helped to brand stories for Volkswagen and CVS.

PunkyFlair's beauty clients Shea Radiance and Camille Rose have gotten their products onto shelves in superstores like Target, Walmart and Whole Foods. Her clients have also used their stories to land spots on ABC pitch competition Shark Tank and in publications like Forbes, Essence, Elle and Black Enterprise.

You can follow and reach out to Williams for brand and storytelling advice on her website PunkyFlair.com or drop and listen in on her podcast at The Share Podcast.

More In Women In Power