Things are changing for women in the startup and venture capital world, but are Black women taking notice?

Though some shifts may be taking shape overall, it’s not really translating into many more dollars for female founders. Of the $85 billion total invested by venture capitalists in 2017, women received around 2.2%.

That is where Abyah Nycole Wynn comes in. The 29-year-old is vice president at Trimantium Capital and the founder of Twenty65 Fund. A rare jewel, Wynn is a venture capitalist, a young woman of color working in a field that is dominated by an industry of white

“I’m convinced that it was part of God’s master plan for me. I was working for an investment bank. One day I got a LinkedIn message out of the blue. It was from a man named Phillip Kingston, who’s the founder of Trimantium.”

After seeking advice and getting the go-ahead from her father who knows the financial industry quite well, Wynn reached back out to Kingston, who hired her months later.

Wynn founded Twenty65 Fund, “to put money in the hands of women of color. We will invest in startups led by females and minority founders, with a strong desire to fund more women of color. We want to see that these founders have a solid plan for making positive changes in their communities.

With only 0.2% of black women receiving funding, Wynn believes the answer to change the narrative is through affirmative action, controversial as it may be.

“We need to be conscious about the way we allocate resources. For example, if an investor decides to invest in ten companies, they should make sure that five of those companies are founded by women, and two of them are founded by minorities.

I believe VCs should set a hard quota and stick to it. We need to hold ourselves accountable – it’s no longer acceptable to solely focus on making a profit (although I am ALL in favor of making as much money as possible), we also need to direct our efforts toward inclusivity. We can do both. These things aren’t mutually exclusive”.

What keeps Wynn inspired when the road becomes a bit uneasy is a quote she often brings to focus by former First Lady Michelle Obama - “if you don’t see people who look like you in a certain industry or profession, it’s hard to imagine that it could be possible for you.”

“I feel a responsibility to pave my own path in the venture capital industry so that little girls (especially little brown girls) realize that they can do this, too.”

Read the full interview in its entirety over at Black Enterprise. 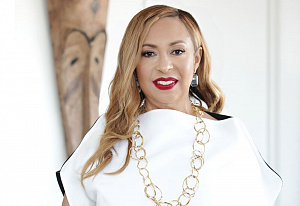 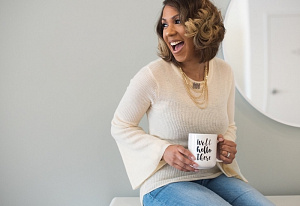 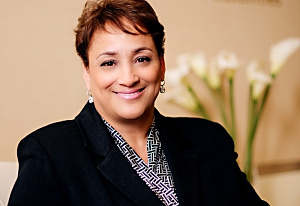