On The Rise
Written by PhenomenalMAG Staff

Amidst the neverending chaos of the Trump administration, a powerful, beautiful, measured new star rose high before our eyes. Now pundit Abby Phillip has ascended to her rightful place to anchor her own political news show.

CNN has named Phillip the new host of Inside Politics, the Sunday morning deep-dive into the week's top news and stories across the U.S. government and more. The hour-long program features a panel of top-tier political correspondents, and she takes the reins from current host John King on January 24.

Phillip has also been promoted to senior political correspondent for the cable news network, and she joyfully shared the news on Twitter.

I'm so thrilled to be taking the reins of Inside Politics Sunday from my friend and colleague @JohnKingCNN starting on January 24th. Could not be more proud to be joining this incredible @CNN franchise! https://t.co/odlIvfxUiK

The new anchor also reflected on her long connection with King and her journey up the ladder and across the political landscape in these turbulent times. Phillip wrote on Instagram:

“Five years ago today I was on the Inside Politics roundtable with my friend @johnkingcnn. Honored to fill in for him this morning for the first time on a historic day as the first doses of the Coronavirus vaccine were shipped out.”

King will continue hosting the Inside Politics segment on weekdays.

But it was history meeting history when Phillip first took the anchor chair to interview Vice President Kamala Harris. Phillip’s one-hour documentary tells “the story of Kamala Harris’ early life in Berkeley and her history-making career as a prosecutor and lawmaker."

"Now, on January 20th, Kamala Harris will become the first woman, first Black woman, and first South Asian woman ever to be elected Vice President. This is her story,” Phillip said in the episode promo.

After joining CNN in 2017 to cover the Trump Administration and serving as White House Correspondent through 2019, Phillip moderated the network's Democratic Presidential Debate in Iowa in January 2020. She also anchored special coverage of Election Night in America surrounding the marathon 2020 election.

Before her move to CNN, Phillip was a national politics reporter for The Washington Post, where she covered the White House. She also wrote about the Obama White House as well as campaign finance and lobbying for POLITICO.

The Harvard University graduate, who has a degree in Government, is also an author. Her first book, The Dream Deferred: Jesse Jackson, Black Political Power, and the Year that Changed America, about Jackson’s 1988 presidential run, is scheduled to be released in 2022.

Phillip was raised in Bowie, Maryland, and she has five siblings. Her parents are originally from Trinidad and Tobago. Father Carlos Phillip was a teacher and then an educational psychologist in Washington, D.C., and mother June Phillip is now a realtor.

She currently lives in Washington with her husband, Marcus Richardson.

MORE IN ON THE RISE 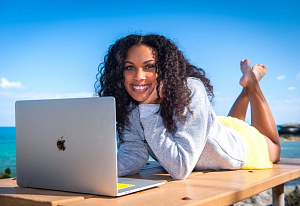 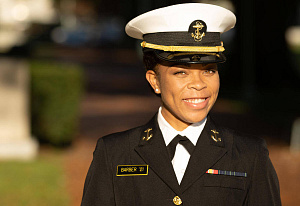 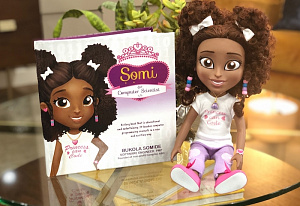 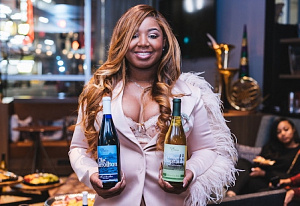