In the "Image of Grayce" - A Daughter's Struggle and Mother's Victory

A mom's frustration with her daughter's severe skin condition proves that if there is a will, there is also Saving Grayce.

"We had her on five different topical products. Two were steroids and the other three were over-the-counter creams, which were heavy [and] petroleum-based. The products did nothing for the health of my daughter's skin. It thinned it out very badly -- so badly, I remember her backing into a wall, causing the skin on the back of her legs to break open," stated an emotional Grayce.

Grayce Patterson, owner and founder of GRAYCE EGAMI INC, a Divine all-natural skincare and hair product company, found herself hitting her breaking point and was on a quest with one mission in mind -- saving and revitalizing her daughter's skin.

Though the steroids kept her daughter's skin somewhat calm, they could only be used for so long before they began taking a negative toll on it.

"We were desperately seeking a solution. We'd been from doctor to doctor and finally stumbled across one that made his own skin care creams, but his products were also chemical-based. Because of the severity of my daughter's flare-ups, running out of the product was not an option for us."

That was until one fateful night. Grayce's daughter ate something that flared her skin up so severely that at that moment, Grayce knew she had to take matters into her own hands.

"One night, we had run out of the product, which in hindsight is very ironic; I'll say it was destiny. When your child is suffering like this, you just don't run out of medication. When I look back on it, I often think to myself, 'How did we run out?' It was a purpose to us running out!

That night, she had eaten something. She has severe allergies as well, which we were learning as she was developing and growing. She had eaten something that flared her skin up so severely; it caused welts and inflammation all over different parts of her body. She was scratching for hours. We were doing the oatmeal baths --- something -- any and everything that night, but nothing seemed to work. We had run out of oral steroids, though we did have it in cream form, to no avail, that failed us also."

Grayce's only option at the time was what the doctors prescribed, which also included Benadryl. The severity of the flare-up caused her daughter to scratch for hours on end; her skin began to bleed.

"At this point, I begin to cry now. My daughter is crying and there was nothing that I could do to ease or calm her skin. I was stressed out. What do I do?"

"That was my breaking point and saying to myself that I need to do something about this. I said a prayer, 'God help me to help my daughter. You gave her to me; I want to help her, period!' It was at that moment that I was inspired to find something that can help take care of her skin, that was natural, didn't have any long-term side effects, something we can use every single day, as much as needed, and that would also be beneficial to her skin. I turned to natural substances.

I immediately started to grow aloe vera plants, but that didn't work out too well for me, as the plants kept dying. A very close friend of mine, who is a doctor, she grew her own aloe vera plants, and would bring me pieces of the plants. I would cut it open, scrape out the meat of the plants, puree it and prepare it for my daughter's skin. It was a very messy process, but with one ingredient at a time, built onto another one, eventually, the Divine Serum was born."

At a time where she had exhausted all of her resources, keeping the faith was Grayce's 'saving grace.'

"And at that time when it had all come together, it just felt right -- you know, like something inside of me was like, THIS IS IT! I begin to use it on her skin. Initially we realized that her skin began to stay moisturized a lot longer, but in essence, the itching started to decrease. We were like man, this is good -- you know. But then as time went on, we realized that her skin wasn't getting infected anymore with staph or boils. Her skin wasn't breaking open and bleeding, nor was she tearing it open with her nails from attempting to relive her itchy skin. WOW, this is AWESOME!"

A few months down the line, as Grayce was putting the now Divine Serum product on her daughter's skin, she began to notice visible telltale signs of healthy skin. To see how well -- if at all -- the product was performing, Grayce started to taking pictures at the very start of the journey. After making a comparison of before and after photos, she was astonished by amazement.

"I noticed that her skin felt different. This is amazing because what we noticed was that her skin that initially looked black, broken, thick, inflamed, or very bad, it had started to lighten. The thickness was also gone. Her skin texture had started to change and get healthier. Over time in using the product, that is exactly what happened. We were able to recover her skin, to the point where she was only needling to use this one product versus the five and was also only on one oral allergy medicine."

Reflecting over all the things that she and her daughter has gone through, it was divine favor.

"It was a lot going on with her, and I think it all happened so that in time, at this moment, the Divine Serum could come to pass. Because of this situation, that is the only reason why this product exists today. So I say, through it -- and the suffering -- I'm very thankful. To this day, this is what my daughter depends on. She still has high food allergies, she will have a break out if she eats the wrong thing, but the Divine Serum works for her very well. We don't have to live on any steroids or any petroleum-based products. We [live] on this, this is what we do!. It was a process --- but a great process."

The name of the natural-care brand GRAYCE EGAMI has a significant meaning. GRAYCE is not only the founder's first name -- to her, it means so much more.

"When I prayed for help with my daughter, and my prayers were finally answered, I felt that it was an appropriate name for my products. We were given grace, and now I can help my daughter and share the same grace with others who may need it as well.

Initially, we were giving it away for free. We were trying to be good servants and to be helpful. As we found out, the need was more significant than what we could handle. We then decided how we could produce and market the product. We wanted to extend that grace. It's a great product! It's something we feel like we were given, we were blessed with, and we want to, in turn, do the same thing for others."

EGAMI, the business name, when flipped becomes Image, a visual representation of something, a description of the external form of a person or thing in art. And for the founder, the product is made, constructed, and cared for in the "Image of Grace."

In a mother's desperate cry to help her daughter, an outsource of healing and serving others followed a pursuit. 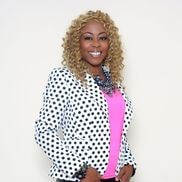 Grayce, who holds a degree in Clinical Science, has always been fascinated with the interworking of the human body and science. When asked how she defines success, she answers, "at the end of the day, when you have given your very best, that makes you successful."