As an entrepreneur, at some time or other, as your business grows, you may need to secure funding to take your business to the next level.

That is where pitching comes into play. Pitching your business to a group of investors may very well have the ultimate power to keep your business flourishing or stagnant; either way, getting investors to come abroad at times is not an easy feat to accomplish, especially for a Woman of Color.

According to the State of Women-Owned Businesses Reports, “One of the most remarkable trends over the past decade has been the phenomenal growth in the number of firms owned by women of color. As of 2016, there are an estimated 1.9 million African American women-owned firms, employing 376,500 workers and generating $51.4 billion in revenues.

Meet Cheryl Sutherland, founder of PleaseNotes, a brand that specializes in journals that are filled with inspiring quotes, affirmations, and messages. The company that wants you to “Re-Discover Your Passion - Build Your Confidence - Do What You Love.”

Sutherland, who started PleaseNotes in 2016, after launching a Kickstarter campaign that met her “stretch” goal of $15,000, found herself in the middle of a crossroad and would need the assistance of an investor to help her navigate the waters and bring her business up a notch or two. 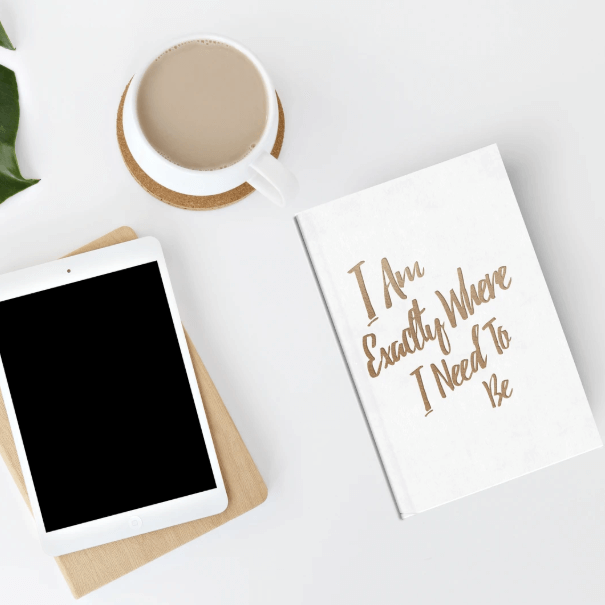 She would find herself attending a “Founder Meet Funder” event in Santa Monica, a room full of investors and around 500 other hopeful entrepreneurs competing for the same funds.

“When my name was called to go into the investor pitch room, I felt a wave of heat hit my face, Sutherland said. This was the first time I pitched my company, PleaseNotes, to people that could change the course of my business and ultimately my life.”

Scanning the room, she would notice the obvious. “I noticed that the majority of people pitching their companies were the stereotypical L.A. entrepreneur: the straight, white male.”

So what is it like to be the only black woman found at a pitch event? Sutherland details her experiences to this very question in Fast Company.

“I had one minute with each of the people. As an entrepreneur, you have to have your pitch and your ask, and justify all that, and have your numbers be as tight as possible. I’d been practicing, I’d done two or three formal pitches, and I’d done research, and I was very clear on what it was that I wanted and what the value of my company was. The majority [of advice I’d heard] was that investors don’t only care about what you are saying, they care how you’re saying it. If you have the passion and clarity, then it’s definitely easier.

There was one person of color, an East Indian man, and the [other three] were Caucasian, including one woman. The setting wasn’t ideal. It was very disorganized [because of the size of the crowd] and there was yelling over the table. You couldn’t hear so it felt limited to 45 seconds. I felt like there were boxes the investors needed to tick, like is it tech or digital? Not only did I feel like I was already at a disadvantage being product-based and focused toward women, the overall bias tends to be, if you look like an entrepreneur, you usually look like a cisgender caucasian male.

They asked, “What are you doing here?” and “How long have you been doing it?” I was very clear about the things I did want and need, and next steps where I was looking for support. The person who was hardest on me was the other woman, really discounting the success that I had shipped products to multiple places all over the world just from that Kickstarter alone, which made 150% of its goal. Still, [she asked], Why do think this is special? Why are you special? What’s to stop me from doing the exact same thing? I told her that everybody’s got something that they are really good at. This is what I’m good at. Why I decided to do this is because I have the fire and passion for this. It is not just a drop-ship company, it has the ability to really flourish.

At the end, the investors got to choose whether or not they wanted to follow up. One guy said he could tell there was definitely some value, because we’ve seen the rise self-development, self-love, and affirmation. However, where’s the money behind it? He said we just need to take another look at your financials. So I paid for someone to do a whole financial model.

I went to his house in Beverly Hills to present it. I guess that is where he and this other male partner were setting up a VC firm. As a woman, you tell people where you are going. So I told [friends], if I’m not back in an hour and a half, call somebody. But overall, I think it was a good meeting. They asked lots of questions and I was able to answer all of them. They said okay, these are the next steps, and I followed up. I kept them posted on my progress. And (within 30 days) they ghosted me. So I never got funding.”

Sutherland did learn a very important lesson in the process. The pitch event allowed her to zoom in to her target market - women of color in business. She states, “I really want to create a space for women of color, and people of color, in general, to share information, step into power, play with creativity, build confidence, and get clear and do things they love.”

The entrepreneur wants you to ‘listen’ to yourself. We all have our intuition as our internal GPS before we were told what we should be doing. Trust that you are headed in the right direction. If you feel like you have something more to give, it is your obligation to give it.”