No one, and I do mean no one, does a red carpet showdown like Mr. Billy Porter himself. He shows up, stunts, and shows out.

Stepping on the red carpet at the 77th Golden Globes, there were no rules for the Pose actor. And if there were, he proudly and unashamedly broke them all. 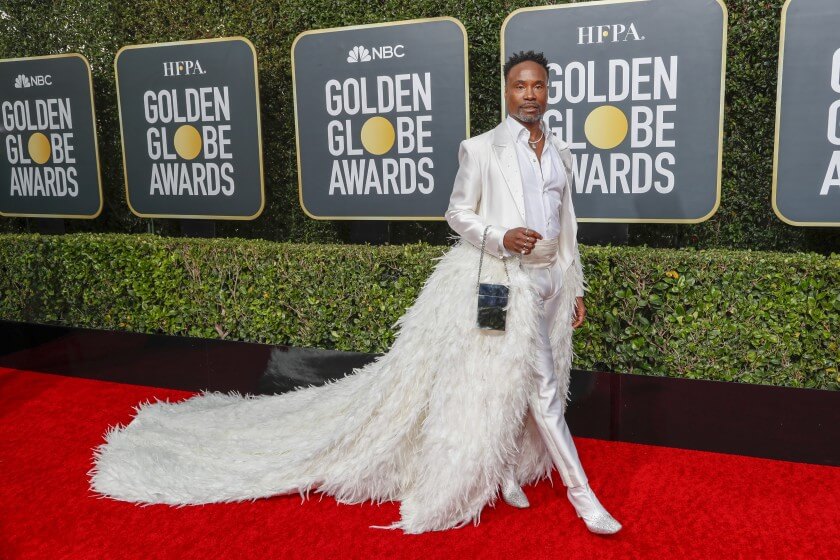 It takes a mastermind and fashion genius with just the right amount of creative wit to outdo and outshine Porter. Somehow he manages to one-up himself each and every time he steps foot on the red carpet.

Decked to impress in a look that took three months to create, Porter wore a white custom Alex Vanassche tuxedo, with a removable zip-on, zip-off, feathered train that, yet again, required its own little helper.

"This is not a sitting outfit, this is a standing outfit," Porter told Ryan Seacrest during his E! Interview.

The Golden Globes nom capped off his look with bedazzled Jimmy Choo shoes and accessorized his person with Tiffany jewels.

MORE IN THE RED CARPET SHOWDOWN

The Best Dressed: The Red Carpet Looks We Stan Hard at the Fashion Awards 2019