Homage: Danielle Brooks' 'Black Woman' Is The Anthem We’ve All Been Waiting For

Earlier this year, a Queen realigned her crown, arched her back, straightened the stride of her steps, and remembered who the fuck she was - a ‘Black Woman’!

Danielle Brooks released ‘Black Woman’, a subtle heartfelt homage to what Malcolm X describes as the most disrespected person in America -- the black woman. The release comes at a time when my moves don’t quite measure up to the rhythm in my blues or the sweet essence that comes along with a two-step and a slow-drag from a Friday night house party. 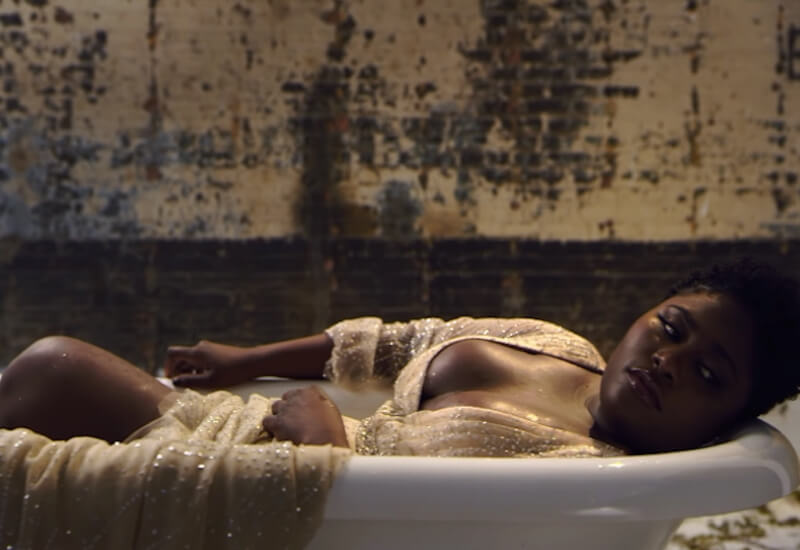 As the video opens up, Brooks is lying in a water-filled tub that’s sitting in the middle of the room, Feng shui style. As her backdrop, there’s a brick wall, one of vintage charm mirroring the atmosphere of the story she tells. In a gown adorned with the illusion of Swarovski crystals, Brooks is dressed as if she is on her way to a gala. When the light hits, the sparkles of the gown release an aurora of the Black Girl Magic we possess. Salient as it might be, the top half of Brooks’ dress is tightly pressed against the hue of her beautiful chocolate skin, while the low-plunge shows that she’s exposed, but yet completely, covertly covered.

"I'd never really heard the nitty-gritty of those things that we struggle with every day,” Brooks mentions to the HuffPost when asked about using her voice to speak on Black women's issues. “And throwing them at the world and say, ‘Hey. Can you hear my story? Can you see me?’ And all of me. Not just physically but my mind, my spirit, my soul, my heart, can you feel that? Do you know what we experience every day? Do you care to know what we experience by the way in which you walk in your life?”

Would you take the pain that came
With all the parts you wanna claim for you
You want my thighs, you want my stride
But not this melanin
You want my hair
But you don't care for this complexion

“If I was to tell the world how I felt as a black woman without any filter, this is what I would say,” Brooks says. “And it’s in no way trying to diss anyone or ostracize anyone, it’s just plain and simple saying, ‘I am a black woman and this is how I feel. This is what I experience. And I hope you can hear that.’”

As the “new Black woman’s anthem” plays on, Brooks is now cast wearing all black, with a filtered dim white-washed background, as gold earrings dangle from her ears. I can hear her pain, as she sings:

I felt that shit!

As Brooks’ tears give in to gravity, they make their way down her face, staining it in liquid goal along the way. Her cries baptize her soul, serving as acquiescence for us Black women: “We’re Nubian queens with skin that glistens. Take us for who we are, the sum of our entire whole.”

According to EurWeb, “Brooks co-wrote the song with Will Wells (Logic, Barbra Streisand, Wu Tang Clan, Wyclef Jean) and Anthony Ramos (TONY and GRAMMY Award-winner from Hamilton, A Star Is A Born).” “Black Woman” is produced by Whole Team Winnin’.