In a recent article in Self, Henson explains how she’s managing to break down barriers, giving others the openness and freedom “to talk about mental health” and just be “okay with seeking help.”

“‘I had to aligned all my chakras and I still wanted to headbutt a bitch,’ Henson said.”

The NAACP’s Image Award winner mentions that while she has always had a bubbly personality, living in today’s politically-charged climate had caused her anxiety to begin to heighten.

“Things started to shift for me when Trayvon Martin-when that happened.” Henson has a son, Marcell Johnson, who was close to Martin’s age. She continues, “that’s when I noticed anxiety started kicking in. They’re not going to [recognize] Taraji’s son out here in these streets.”

“... with even more microaggressions against us every day that we got to see on the news...and we’re supposed to be okay,” she mentions. “It’s a lot.”

Being a Black single mother who’s raising children, one of whom is a son, and worrying about their safety is enough to cause a mental breakdown or even lead to a deep depression.

The Hidden Figuresactress speaks of the moment when she knew seeking professional help was a must. She details the start of her symptoms, beginning with heart palpitations, sweating, nervousness, feeling helpless, and racing thoughts that she couldn’t control. When describing her depression, it was a darkness that’s “hard to climb up out of,” she says.

“The therapy came into play out of necessity,” the Empire actress mentions. “It was [a] time where I was like, ‘Oh, I’m not feeling like myself anymore,’ and my son was going through his issues with becoming a young black male in America with no dad and no grandad. It was like, ‘Okay, I’m not a professional. We both need help.’”

Henson, whose son’s father was murdered in 2003 and her own father passed of liver cancer in 2006, wanted a place to “pick up” where her “art leaves off.”

Not being able to “sit back and do nothing,” Henson, launched the nonprofit Boris Lawrence Henson Foundation in 2018. The organization is named after her father, and its vision is to eradicate the stigma around mental health. According to Self, the foundation is “working to place culturally competent therapists in schools, features database of therapists anyone can access, and hopes to provide scholarships for black students who want to pursue careers in psychotherapy.” 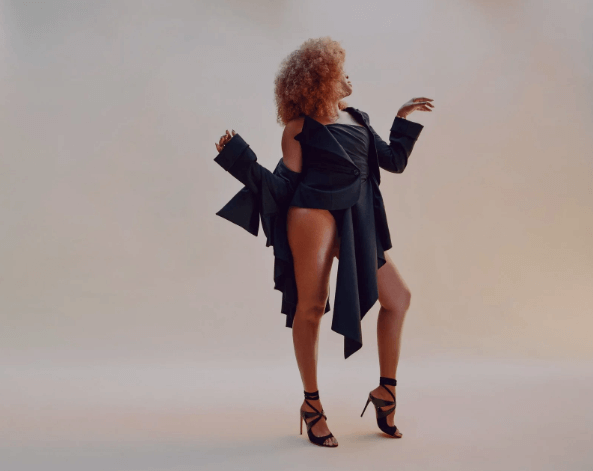 As Henson stands in her father’s absence, a former Vietnam War veteran who “returned broken, and received little to no physical and emotional support,” she stands firm in her philanthropic efforts to “support African-Americans who face trauma daily, simply because they are Black.”

“I named the organization after my father because of his complete and unconditional love for me; his unabashed, unashamed ability to tell the truth, even if it hurts; and his strength to push through his own battles with mental health issues.

After trial and error in seeking professional help, The Family That Preys starlet found her therapist with the help of her dear friend and Empire co-star Gabourey Sidibe, who knew she wanted someone who was female and to whom she could relate to culturally.

Whether it’s personal, professional, economic, or political, Sidibe knows the great power that Black women possess, the roads we’ve traveled, and the burdens we carry on our backs daily. So for her, seeking a Black woman to confide in and to help her navigate the roads of life was a no-brainer.

“It was extremely important for me to find a therapist who is a black woman, just because black women live in a different world than everyone else,” Sidibe tells Self. “Our problems, daily interactions, and expectations are different than most other people, so I wanted a therapist who I could cut through the societal foundation of who I am with, so that we could get to my specific issues. There's a shorthand between us. We speak the same language because we're from the same world.”

Henson’s therapist has been her saving grace at times, helping her to manage and process her feelings, grief, trauma, and personal hiccups in life, like the 2017 filming of The Best of Enemies. While playing civil rights activist Ann Atwter, Henson was hospitalized with a gastritis flare-up, and she believes she risked her like for the film.

She laughs at the thought of processing her feelings with her therapist. “I’m out there busting my ass, praying people will go see a film that is important to me. But then no one saw it.” In the end, the film barely broke even.

There was another particular time her therapist has helped Henson manage the highs and lows of life: menopause, and dealing with its mood swings.

‘“I would get so low, really, really low, beaten, like never before,” she says. “You may have those days [when] you're like, ‘Oh, I just don't feel like getting out of bed. I just want to sleep in,’ but you don't feel heavy.” Henson adds, I was just starting to feel heavy a lot, [like] suffocating…. It just came out of nowhere.” At first, she didn’t think these emotions were related to menopause. Then she started doing the math: “I'm like, ‘Well, you are pushing 50, girl. At some point things are going to change.’”

In the end for Henson, though, having a sisterhood of women that she loves and cherishes who love her back helps keeps her mental health in check.

When speaking on her non-judgemental friendships, Henson smiles at the thought of her childhood friend who cleaned her apartment right after Marcell was born and her long term friend from back-in-the-day who wouldn't spill her secrets, no matter want. Henson places her hand over her heart as she mentions her love for other phenomenal Black woman in the entertainment sector; veterans ike Regina King and Mary J. Blige clearly have a special place in her heart. She has found new love and friendship in her Hidden Figures costars Janelle Monáe and Octavia Spencer. Sparking a light unto her path, Henson has also received guidance from industry legends like Debbie Allen (whom she called “auntie”), Angela Bassett, Alfre Woodard, Jennifer Lewis, Loretta Devine, and Phylicia Rashad.

These days, Henson has found love and is now engaged to retired NFL player cornerback Kelvin Hayden. She met him through her friend and makeup artist Ashunta Sheriff, who had decided to throw Henson a party and introduce her to eligible bachelors. “We shook hands and I swear I heard angels,” Henson says. “That’s the joke I tell. But he just felt right,” adding that, minus a few bumps in the road, they’ve been together ever since. 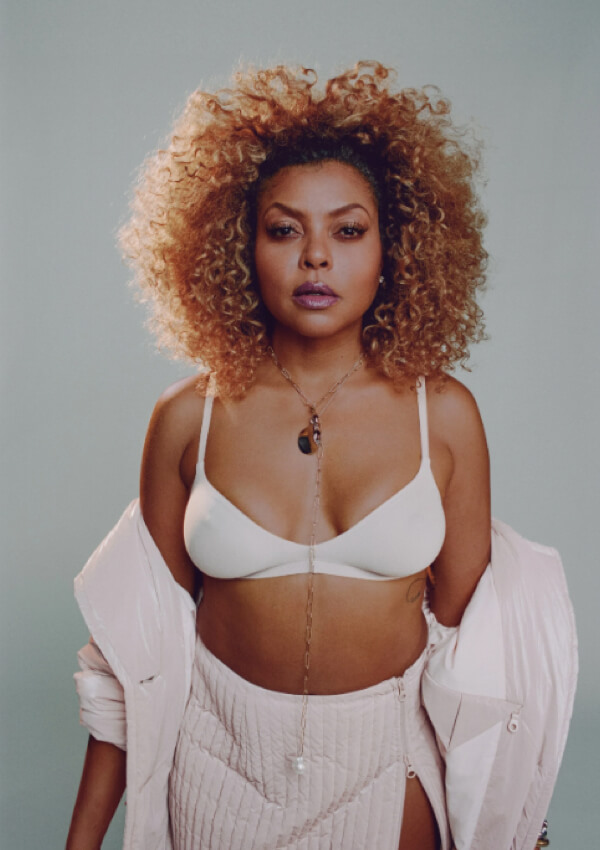 Henson is in the process of producing a movie about Emmett Till, “the 14-year-old black boy who was abducted and murdered in 1955 by white men in Mississippi after a white woman accused him of harassing her.” (In 2017, author Timothy B. Tyson released The Blood of Emmett Till, in which he says the accuser admitted in 2008 that this claim was untrue.)

There is talk for Henson to star in another project while producing three more. “The power positions are the people behind the camera, making the decisions, casting the people,” she says. “I’m trying to make mailbox money.”

If that wasn’t enough for the busy actress, she has managed to squeeze in debuting a forthcoming hair care line. TPH by Taraji has a soft launch geared around December 29 and its full launch slated for January 29. “I like to share my secrets,” Henson says. “I want everybody to love their hair the way I love mine. I got the first batch of samples here, and I want to scream. I just can't believe my dream has finally come true.”

In the end, if she could give one piece of advice to black women who feel they need to “remain strong in the face of struggles,” Henson wants us all to know that we’re all humans, and at times, we all feel helpless. And just because we are black women, we don’t have to walk around like we are a “strong-superhero.” It’s okay to be strong, but it’s okay to let our guard down and embrace the vulnerable side of ourselves, a side that is also powerful.

“I'm a whole black woman, whatever comes with that,” she says. “All the emotions, all of the rage, the anger, the love, the hurt, the hope, the despair, the strength, the vulnerability. I'm all of that.”