Playboy: ‘This is Us’ Sterling K. Brown Is So Much More Than A Sex Symbol

“Sex symbol, total dick, leading man, producer, trailblazer” call him what you want, but Sterling K. Brown is oh, so much more than what meets the eye.

Brown recently did an interview with Arron Feaver of Playboy, where he speaks on black men in Hollywood, launching his production company Indian Meadows, and being a “sneaky fit” sex symbol.

Brown, who trained at Stanford and performed in regional theaters nationwide, has also put in two decades of work on television as a well-regarded actor. Now, he is a household name, thanks in part to his Emmy-winning performances on NBC’s This Is Us. For four seasons, Brown has played Randall, “the straitlaced, civically engaged and mathematician-smart patriarch.”

“I’m a total dick now,” Brown says when asked about how his success and pop-culture notoriety have changed him. “I have narrowed my peripheral vision.”

Located in the St. Louis neighborhood where Brown grew up, he launched Indian Meadows Productions in 2018 as a way to “champion racial inclusion in Hollywood, both in front of the cameras and behind them.”

Putting the production company to work, Brown has already closed on an adaptation of Esi Edugyan’s best-selling book Washington Black with Hulu. 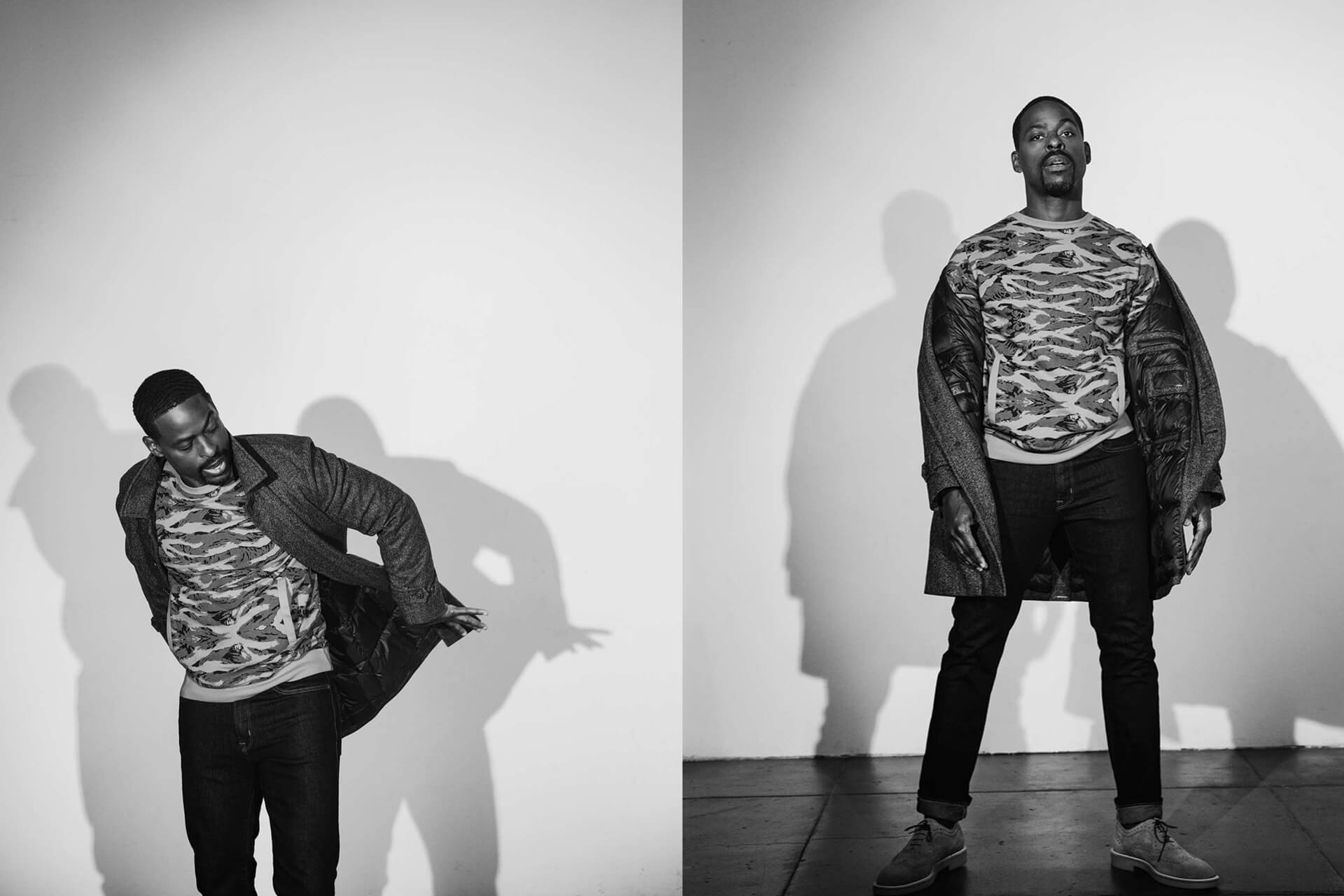 “I wanted to have some sort of control over what stories could be put out to the world and take advantage of an opportunity to be one of the storytellers,” Brown says. “If you don’t have enough bells and whistles in terms of the right writers, the right showrunners, the right directors, the best piece of material can fall on deaf ears.”

Launching Indian Meadows Productions is a way for Brown to help control the narrative when it comes to black-led media in marketing, especially when it comes to featuring a predominantly black cast and promoting them only to black audiences. Brown feels as though this reduces the project's impact.

“If you have a black movie, we need to stop selling it as if it’s only for a black audience,” Brown said. “A movie about black people can appeal to anyone. All human stories have a universal appeal when told well.” 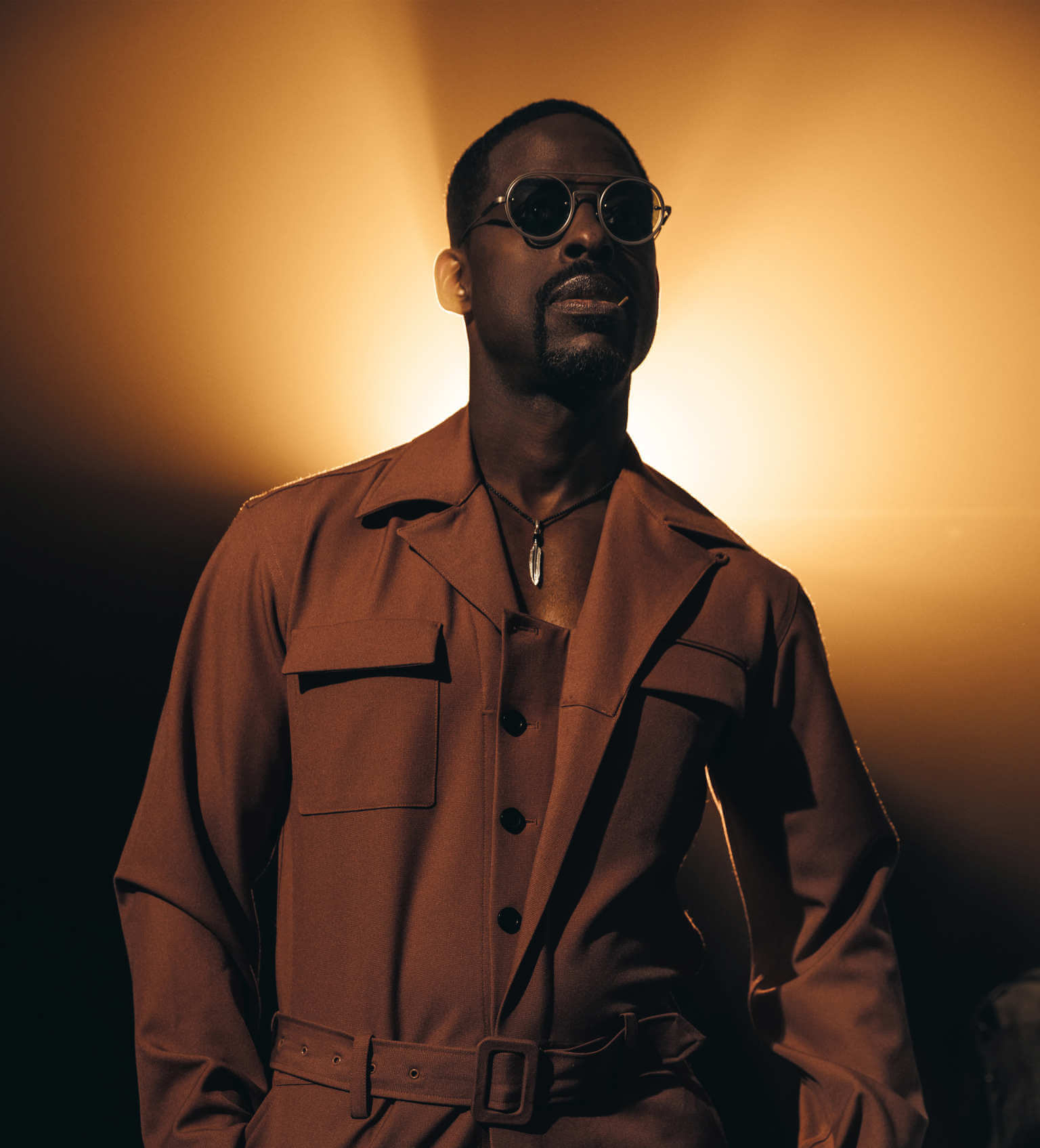 Brown frowns upon pairing a leading man of color opposite a non-black actress in Hollywood in an attempt to try to ‘end-run’ the marketing of a film being labeled as a “black movie.”

“Will Smith has the strength to pair himself with whomever he wants and sell that movie globally,” he says. “He can provide an opportunity to a sister to shine in a way they may not be able to if it weren’t a Will Smith movie.”

In Hollywood, where everyone is replaceable, Brown has a certain standard of #BlackExecllence that he holds himself to, especially in an industry where there is a scarcity of opportunities for actors of color.

“We got to keep it together, because they got Mekhi Phifer or Omar Epps on call, waiting to come in and replace your boy,” he says. “You spend so long feeling replaceable that it’s hard to shake that feeling.”

He’s also not setting out to be a sex-symbol, but at times, that’s how the ball rolls. When searching on Google, you will find more than 1 million results of “Sterling K. Brown shirtless”. If that wasn’t enough, some of the most outrageous headlines include, “Sterling K. Brown’s Sexy Abs Shatter Instagram” and “Give the People Sterling K. Brown’s Booty!” 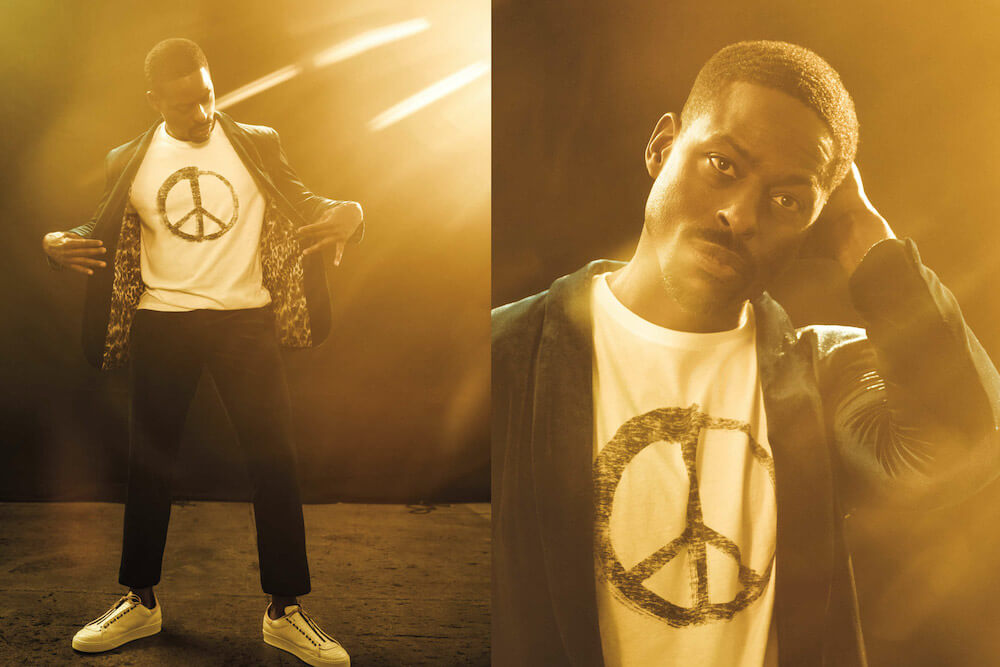 When it comes to his “sneaky fit” physique, it’s something that some of us may not immediately expect from the actor. “I’m not popping out of my clothes per se, but if I ever take my shirt off, you’d be like, Oh snap, I didn’t see that one coming,” Brown mentions. Adding, “I don’t think I’ve ever gotten a job because of the way I was built. People have seen me as being a good actor, and they hire me for things in which they need a good actor.”

Brown doesn't mind being a sex symbol, but when it comes to hypersexualizing black men, it can tread into risky territory. “It’s a slippery slope, and it’s one that is dangerous,” he says. But Brown adds that, “it’s nice to have your sexuality celebrated, as long as you’re being celebrated in total, as a whole human being and not fetishized as one particular thing.”

Brown is a two-time Emmy winner, the first African American to win a Golden Globe for best actor on a television drama, and the first African American male actor to win a Screen Actors Guild Award for a drama series. In addition, he added A24’s November-released Waves and nabbed a part in Disney’s Frozen sequel. Brown will appear on the next season of the flagship comedy The Marvelous Mrs. Maisel on Amazon Prime.