A dancer, singer, and advocate who was raised in poverty, Josephine Baker rose to stardom in France during the 1920s and spent her later years devoted to fighting against racism.

On June 3, 1906, Baker was born Freda Josephine McDonald, in St. Louis, Missouri. She spent her childhood as an underprivileged youth before learning to dance and finding success on Broadway. It was during the 1920s when she packed up and moved to France, quickly becoming one of Europe’s most popular and highest-paid performers. While she was there, Baker found herself working for the French Resistance during World War II, and back in the United States in the 1950s and ‘60s, she became an advocate against injustice, segregation, and racism. However, after a brief return to the stage, Baker passed away from a cerebral hemorrhage on April 12, 1975. She was buried with military honors.

Josephine came from a broken home. Her mother, Carrie McDonald, was a washerwoman who had given up on her dreams of becoming a music-hall dancer. Baker’s father, Eddie Carson, was a vaudeville drummer who abandoned the family shortly after Josephine was born. Her mother would soon remarry and bear several more children.

Now a family of eight, Josephine found work to help support them, babysitting for rich well-to-do white families who treated her poorly. She would return to school for two years before running away from home at the young age of 13. While working as a waitress in a club, she married Willie Wells, only to divorce weeks later. 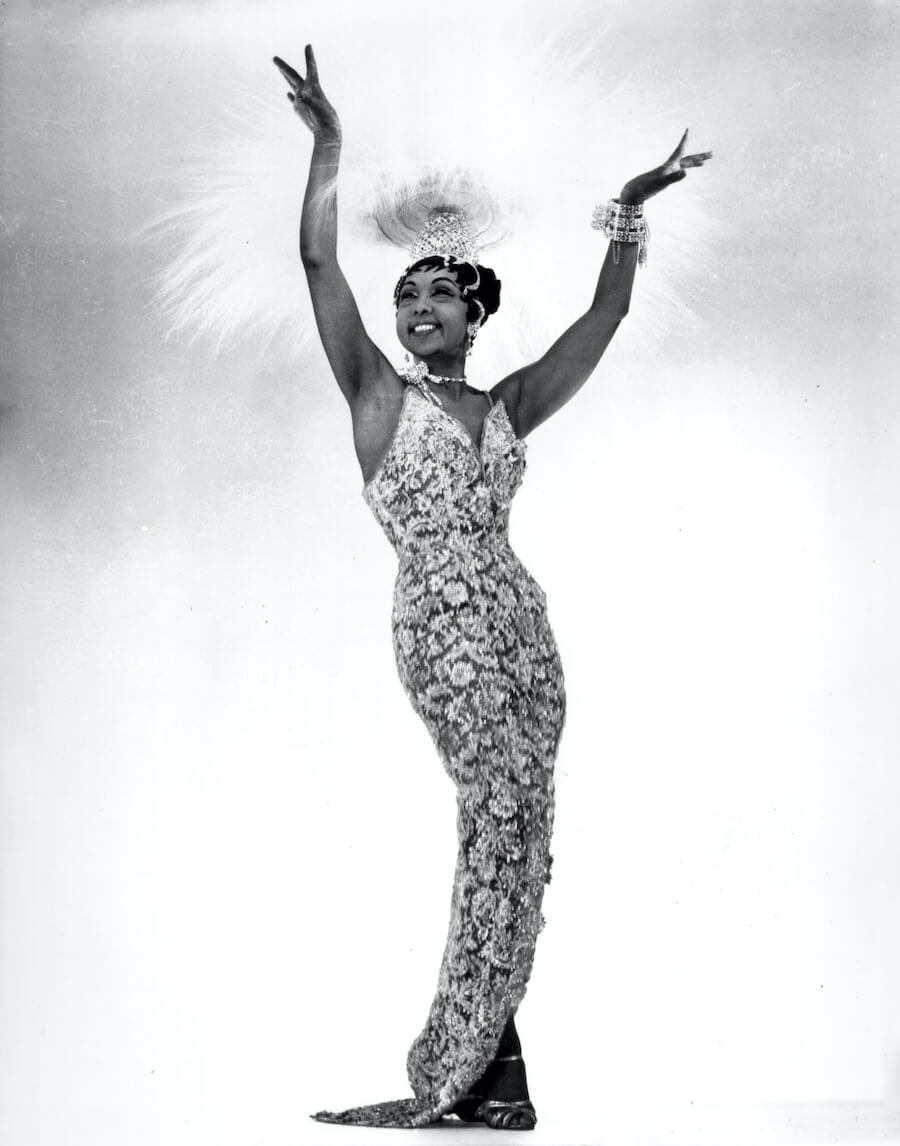 When Dancing - in Paris

As she became a woman of her own, Josephine took up dancing and honed her moves performing in clubs and on the streets. By 1919, her skills were beginning to pay off in a major way. She began touring the United States with the Jones Family Band and the Dixie Steppers performing comedic skits. Two years later, Josephine married for a second time, this time to a man named Willie Baker. Despite divorcing two years later, Josephine kept her married name, dropped her first name Freda, and went by Josephine Baker thereafter.

Unafraid to shine, Baker landed a role in the 1923 musical Shuffle Along as a member of the chorus. By adding a touch of comic flair, she soon became an audience favorite. Wanting to capitalize more on her growing career, Baker moved to the Big Apple (New York City), where she found work performing in Chocolate Dandies, along with Ethel Waters, in a floor show of the Plantation Club.

Following the wave wherever performing took her, Baker traveled to France, which at that time was obsessed with American jazz. She performed in La Revue Nègre at the Théâtre des Champs-Elysées. Performing in a feather skirt with dance partner Joe Alex, Baker made an immediate impression, and her popularity grew.

Baker and the infamous 16 Bananas Skirt

A year later, Baker’s career reached a new level of greatness. At the popular Folies Bergère music hall in a performance called the La Folie du Jour, Baker’s attire put her in a class all of her own. She performed wearing just a little more than a skirt made of 16 bananas. The show became wildly successful with Parisian audiences, making Baker one of the most popular and highest-paid performers in Europe. According to Biography, Baker had the admiration of cultural figures like Pablo Picasso, Ernest Hemingway, and E. E. Cummings, even earning herself the nicknames “Black Venus” and “Black Pearl.” 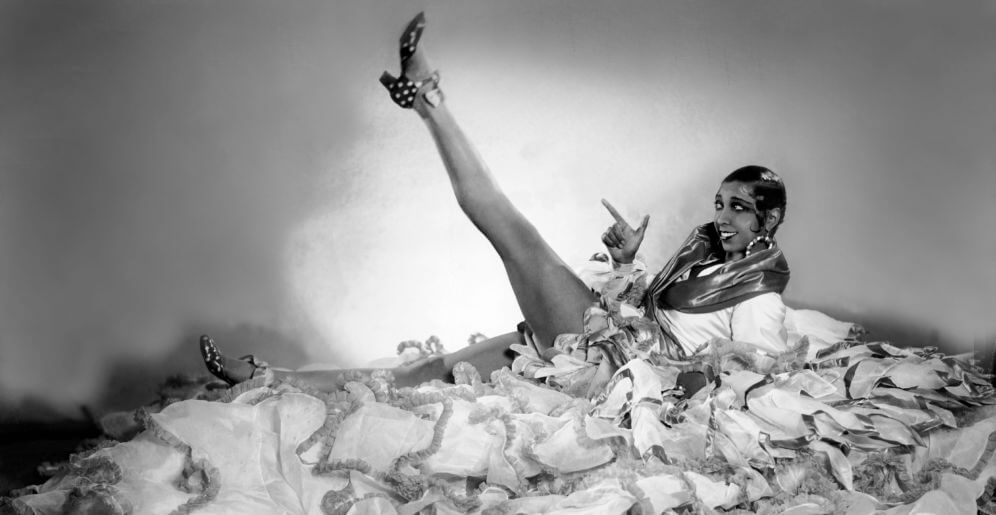 Turning to use her voice, Baker sang professionally for the first time in 1930, landing singing roles in the films Zou-Zou and Princesse Tam-Tam. With her success, the popular entertainer was able to purchase Castelnaud-Fayrac, an estate in the southwest region of France that she named Château des Milandes. Baker shared the home with her family that she moved from St. Louis, her third husband, Jo Bouillon, and the 12 babies she began to adopt from all around the world, calling the small village the “rainbow tribe” and her “experiment in brotherhood.”

Dealing with Racism and the French Resistance to the Rescue

Wanting to make a big name for herself in the United States, Baker traveled back to perform in the Ziegfield Follies. However, her welcome was met with hostility and racism, prompting her to quickly return to France. She married again upon her arrival, this time to French industrialist Jean Lion. Baker was able to obtain citizenship from the country, who embraced her as its own.

Later that year during World War II, Baker worked for the Red Cross, and as a member of the Free-French forces, she entertained troops in both Africa and the Middle East. While working under the French Resistance, she would smuggle messages that she hid within her sheet music and at times, her underwear. When the war ended, she was awarded two of France’s highest military honors: the Croix de Guerre and the Legion of Honour with the rosette of Resistance. 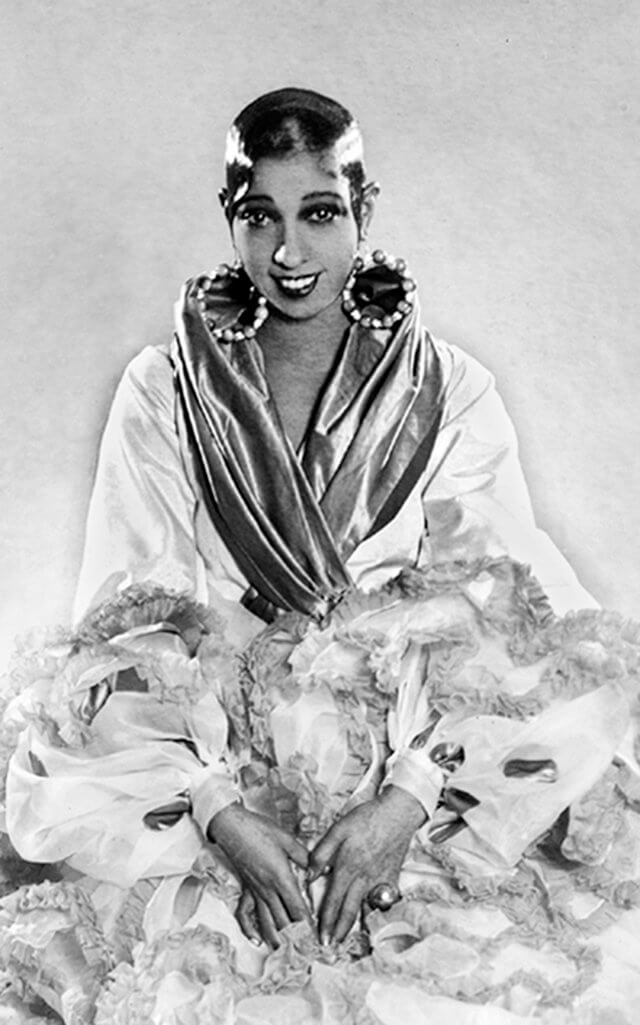 A Helping Hand in the U.S. as a Civil Rights Advocate

The NAACP named May 20 “Josephine Baker Day” because of her support and assistance in the Civil Rights Movement as she frequently traveled to the U.S. in the ‘50s. She boycotted segregated clubs and concerts, and even lent her voice as a notable speaker.

Baker’s efforts eventually paid off. Though she was once met with racism and tension in New York City, she was welcomed with a standing ovation in 1973 while performing at Carnegie Hall.

A Celebration of Life After Death

In April 1975, Baker would take her final bow. She performed at the Bobino Theater in Paris, a first of many celebrating the 59th anniversary of her Paris debut featuring famous attendees such as Sophia Loren and Princess Grace of Monaco. On April 12, 1975, Baker passed away in her sleep of a cerebral hemorrhage at the age of 68.

More than 20,000 people lined the streets of Paris in celebration of Baker’s life. “The French government honored her with a 221-gun salute, making Baker the first American woman in history to be buried in France with military honors.”