One of the first things that I noticed about Dana Scruggs's work is that it’s incredibly intense and high-level. It’s up close, very personal, and captures the beautiful essence of bodies in their purest form - a remarkable work of art.

While searching for more of the woman behind the lens, I stumbled across an interview Scruggs did with Models.com. While reading through the interview, it felt as if I was taking a daily dose of inspiration vitamins, and she was the pharmacist. It was a sweet, short, and straight-to-the-point piece for self-help, but also sorta-kinda a guide into how she made it in an industry where the competition is just as fierce as she is. It was my morning cup of joe as I took in the sun’s energy while sitting near the windowsill. I was simply amazed at how I could feel her spirit of compassion piercing through her words. 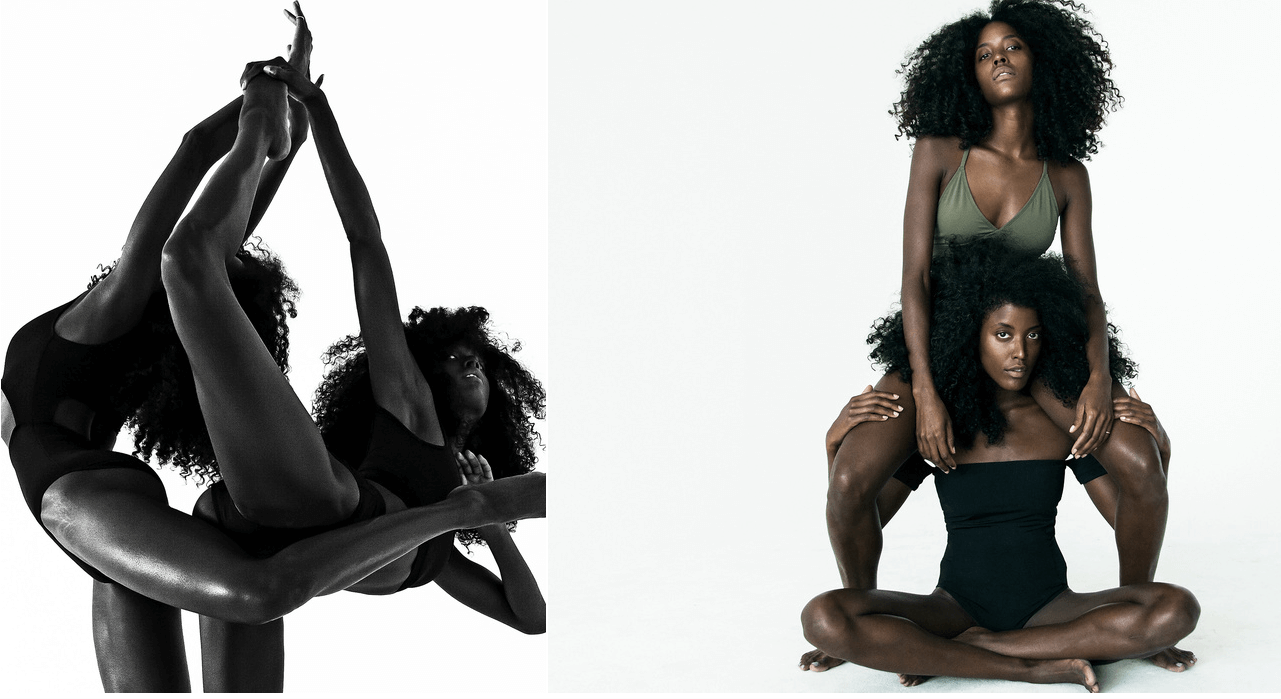 From finding a way to come out of a deep depression, to using her mom’s credit card to purchase a camera and selling her vintage furniture, this “by happenstance,” self-taught photographer forged her way to be two of Black lens' first.

As I was empowered, I hope you are as well. Here are inspirational quotes, tips, tricks, friendly advice and some excerpts from Scruggs’ incredible interview.

1. Some people aren’t willing to help you because they’re afraid you’re going to take their jobs or their clients. My view is: If that gig is meant for me – I’m going to get it. I’m not going to keep a peer or a friend ignorant because I have a fear of scarcity. One thing that I’m making sure that I’m doing, now that I have a platform, is letting everyone know: this is how I went about it and this is what changed everything for me. 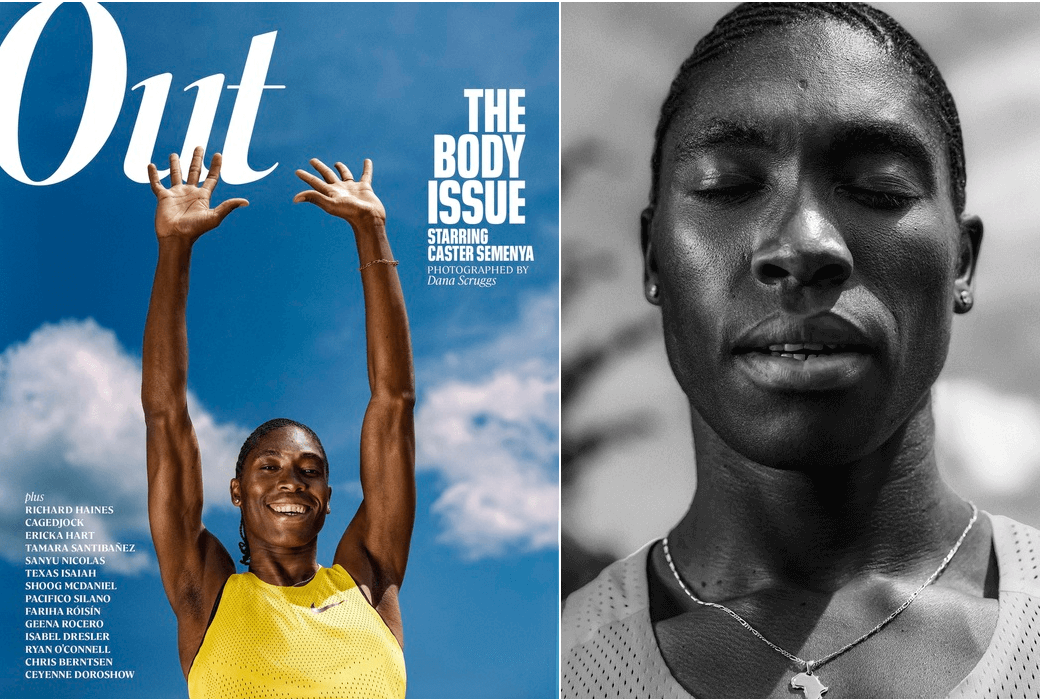 2. I’ll just say this, it’s very frustrating for me when I see black photographers in the industry that don’t photograph other black people. I’m not saying you have to solely shoot black people, but you’re perpetuating a status quo of not being inclusive of black people and people of color. It’s like white-washing your work.

3. I was having meetings at some pretty big publications, but nobody hired me because I didn’t have any editorial work in my portfolio. My entire book was self-assigned. I ended up making my own print magazine because I was so frustrated with trying to get editorial work. I wanted to shoot my ideas. At the time, I couldn’t get any publications to even give me a fashion editorial for online – so I decided to create my own platform, which became SCRUGGS Magazine. And in doing the magazine (which only had one issue) I had tangible work to bring to my meetings with photo editors

Long story short, I ended up getting an email out of the blue from Karen Frank (Photo Director at ESPN) asking me if I was interested in shooting The Body Issue That was a game changer for me because it had always been a massive goal of mine to shoot for Body. I also ended up being the first Black woman to photograph an athlete for the issue. Once it came out, all the publications that I had had meetings with took notice and then they started hiring me. It just takes one person or one industry leader to give you a shot. Shooting Body changed my life.

4. With Rolling Stone, it was another example of when one person gives you a chance, the industry takes notice. Catriona [Ni Aolain], who’s the new Director of Creative Content, saw that I shot The Body Issue when it came out. She used to work at ESPN. She’d moved on to Rolling Stone and when Travis Scott came up – she felt like I was the perfect person to shoot him. When she offered it to me, I thought I was just going to meet her for a portfolio review. But she was like, “I actually have something for you and it’s for the cover.” When she said that, it was very hard for me to process because, once again, I don’t have a long history of people offering me jobs. To get such a rare opportunity was very surreal, but still in that moment – I immediately knew that I was the first black person to shoot the cover.

I didn’t say anything until after it had been shot. Then I asked them to check their archive because I thought I might be the first Black person to photograph the cover. They checked and verified that I was. I think it’s important to talk about it when these milestones occur within society – and also within black culture – because it’s something to celebrate. But it’s also something to reflect on. I think non-black photo editors and creative directors should reflect when these firsts are happening. Some of them may feel sensitive or defensive because they’re thinking: “maybe I’m also contributing to this culture of not hiring black people or people of color to shoot our bigger pieces or our cover pieces.” Because the status quo has forever been, “I know this person or I’ve shot with these photographers for years, so I’m just going to continue using these same people who happen to be white and look like me and run in the same social circles as me.” I’m not saying you have to hire black people just because they’re black. I’m saying make an effort to look at the talent pool beyond what’s right in front of you – and if there’s a job that’s right for a person that’s super talented – give them that opportunity.

5. From first-hand experience, I know that there’s a backlash from non-black creatives when black people make historical strides within the industry. These people think: “Why do they have to say that they’re the first black person to shoot this cover? They really only got this opportunity because they’re black – not because they have talent – and these magazines are just trying to get PR out of it.” Those were multiple accusations that were lodged at me, when my Rolling Stone cover came out, from white and white-passing people in this industry. Fact is, Black people don’t get opportunities because we’re Black – we get them despite the fact that we’re Black.

Because of the privilege of not having their race be a factor in whether someone hires them or them potentially losing their life over the color of their skin – these people feel like: “No one cares that I’m white or not black and achieving things, so why is there this acknowledgment of black people when they’re achieving things?” They don’t understand the culture of exclusion within America, within the fashion industry, and within photography when it comes to black people. That’s why they get angry when black people are finally breaking through these professional barriers. They feel excluded – and lash out. It’s definitely very hurtful and disconcerting when those things happen. Sometimes the level of rage that’s lodged at black people for actually accomplishing things and the level of rage, harassment, and bullying that was lodged at me because I got this cover from several white, white-passing, and non-black people is very frightening. One of these people even tried to get my home address from a mutual friend – even after I’d asked them a dozen times to leave me alone. That was incredibly scary. These reactions are ultimately deeply rooted in racism whether these people believe that they’re racist or not. And these experiences showed me, once again, that racism is alive and well in this industry. I do need to note that these people were in the minority and that the majority of people were happy for me, understanding, and supportive. And for that, I’m grateful.

6. When you don’t have access to people who make decisions, then it’s really hard to make money. I was broke for most of the six and a half years I’ve been in New York. It was a struggle. I was hand to mouth. I had to do jobs I didn’t want to do. I had to work at places I was overqualified for, but I had to pay my rent and survive. Leaving New York was never an option. Now that I have access, things have gotten a lot easier. One thing that I’m doing now is trying to give access to other black women photographers that want to assist – because I never had that opportunity. Believe me, I tried. And I know it’s still very hard for black women photographers to get experience on sets that are for a high-end magazine or a global brand. White men dominate the industry at almost every level – especially at the assisting level, which is where you make integral connections early in your career and have the opportunity to learn so much about this craft. If there are women assisting (or photographing magazine covers), they’re mostly white women. My goal is to make space for Black women in these spaces where we’re either ignored or not thought of.

7. I really wish I’d known that not everybody knows what the fuck they’re talking about. This is something that I now believe in wholeheartedly. If you have a vision, don’t let other people tell you that you should change your aesthetic or shoot more commercially or change your subject matter. Some people in this industry have no vision beyond being basic and making every creative conform to their basic mentality. Don’t be basic for other people’s ego-based gratification. Photographers can get hung up on other people’s opinions about their work. This is something that I also struggled with, and to a certain extent, still do. Not everybody’s going to understand or like what you do. And you have to be strong when that happens. The right people will hire you for what YOU DO. Not because you made your work look like what someone with no vision told you what it should look like. Then the clients that you’ll attract will be more like collaborators. Your visions will still be aligned – even if you have to make compromises.

8. The best advice that I can give photographers just starting out is to shoot as much as you can. That sounds super simple, but you have to hone your craft. You can’t shoot every now and then, or shoot every other month or every couple months or even every couple weeks when you’re starting out and expect to be able to learn and grow at a rate that will allow you to move forward. That’s one way you’ll end up getting stuck. You can find time every week to shoot one of your friends – or if you live in a market that has agencies, you can reach out and somebody will let you test with their models – and for instance, book 3 every Saturday and shoot them back to back. If you don’t let people know who you are and if you’re not creating work consistently, then how can anyone hire you? It’s as simple as that. 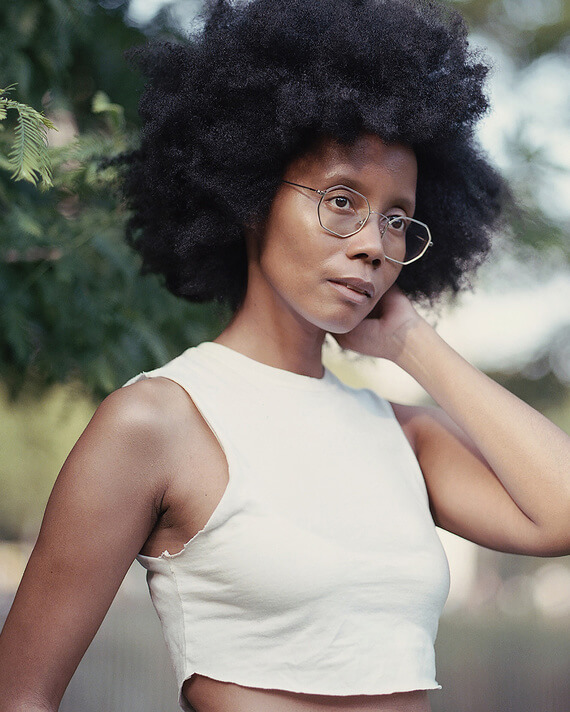 Photos by way of Dana Scruggs