Gorgeous Somali-American Halima Aden, Born to Stand out in a World of Flats

Somali-American “breakout star” Halima Aden has only been in the modeling industry for three years, but she is already building bonds and breaking barriers.

The 22-year-old is undoubtedly a beauty in front of the camera, but it’s her on the scene, real-life presence that is captivating the lives of future generations. Aden uses her platform to change the world, as she’s doing it by “helping to disrupt conventional beauty standards as one of the first hijab-wearing models to rise to international fame.”

Born in a Kenyan refugee camp, Aden and her family moved to the United States when she was 7 and opted to settle in St. Cloud, Minnesota. Her life in the United States was filled with firsts - the first Muslim homecoming queen at her high school; the first Somali student senator at her college; and the first hijab-wearing woman to be the face of numerous fashion magazine covers, including that of Allue and British Vogue.

She mentions, “It’s important for me to be visible and to do whatever I can to let girls know that they don’t have to change who they are.” Aden adds, “I want them to know the world will meet them exactly where they stand.”

But that wasn’t the last first for Aden. She appeared in Sports Illustrated’s annual swimsuit issue, but instead of a skin showing swimsuit, Aden proudly sported eye-popping, colored hijabs and modest burkins, looks that covered the entire body from head to toe.

“I felt like life was coming full circle,” she says when asked about appearing in the issue.

In 2017, she was extolled by Vogue and Cosmopolitan, and in the same year, Bad Gal Rihanna tapped her to appear in Fenty Beauty’s debut video.

She would credit her jumpstart into the modeling world to challenging the status quo. In 2016, Aden wore a navy burkini and gold hijab competing in the Minnesota Miss USA competition. Though she didn’t win, she did spark a nation-wide conversation, and she even managed to garner a contract with IMG.

Though the modeling world was a bit new to Aden, who had never participated in a beauty pageant before, she says that wearing and introducing the burkini to middle America “is how I launched my career.”

Taking a stand against multiple French resort towns that had enacted “burkini bans” became her inspiration to compete after the locales claimed that “the modest swim apparel was religious garb and an affront to the country’s secular rule.”

“Burkinis were not allowed on public beaches,” Aden explains. “That is something that affects a lot of women. I wanted to tell girls in my community, ‘If I can wear a burkini onstage alongside women who are walking in bikinis, there is no reason you should opt out of swimming.’ A burkini is just another form of swimsuit. I can dress modestly and still feel cool, modern and absolutely beautiful.”

Though she is in a great space right now, Aden’s mother didn’t understand why representation matters so much to her. So, Aden’s mother’s stance on her modeling career came along slowly.

“Of course, she wants the same things for me that all parents want for their children—that I be of service, be a good person, lead an honest life, work hard and get an education. But, at the same time, she doesn’t know the struggle I faced growing up in America and being in spaces where I was the only hijab-wearing girl or the only girl who looked like me.”

Speaking of her mother, Aden describes her as the “epitome of a strong, resilient woman.” Her mother faced unimaginable hardships of her own but was able to ameliorate her circumstances time after time. Aden’s mother kept them going until she and her children were finally granted entry into the U.S. in 2004.

Her mother’s home was bombed during the Somali civil war, and as a result, she trekked for 12 days to the Kakuma refugee camp in northwestern Kenya, where Aden and her brother were born and spent their early childhoods.

“Our home was made of mud, plastic, paper, plastic bags, sticks, whatever my mom could find to make a little hut,” Aden recalls. “That’s where we laid our heads, and when it rained, it would all disappear. My mom was like, ‘Okay, let me get the neighbors and we’ll build another house.’ That was my childhood.” And yet, Aden remembers feeling happy in the camp. “There was a sense of community,” she says.

During her early years growing up in St. Louis, Missouri, Aden spent her school days tense and lonely. “In Kenya, I spoke Somali and Swahili; I was so talkative,” Aden says. “But my school in St. Louis didn’t have an English as a second language program, so I spent most of my early months in America not talking at all.”

That was until her mother learned that Minnesota was home to the largest Somali population in the U.S., moving her children 600 miles to St. Cloud. It is there where Aden began to thrive, even becoming one of the most popular girls at Apollo High School. She also held down a job, working from 3 p.m. to 11:30 pm at a local hospital, until she got her modeling contract, where she walked the runway in New York City and Milan Fashion Weeks, and shooting the covers of Vogue Arabia and CR Fashion Book.

“I appreciate what I have now,” she reflects, “because I know what it is to do backbreaking work.”

Aden is currently executive-producing I Am You, an independent film about a young refugee. She is also a UNICEF ambassador, where she speaks out on behalf of displaced children around the world.

“When I was a refugee in Kakuma, UNICEF field workers gave me a sense of stability and hope that we were going to be okay,” she says. “Now I’m able to give back. I think if you receive a blessing, you shouldn’t think of it as yours to keep. It’s more like a loan. Like, I got my wish. Now I have to pay it forward. If we all paid it forward, the world would be a much better place.” She pauses and smiles: “I think this is the reason I am here.” 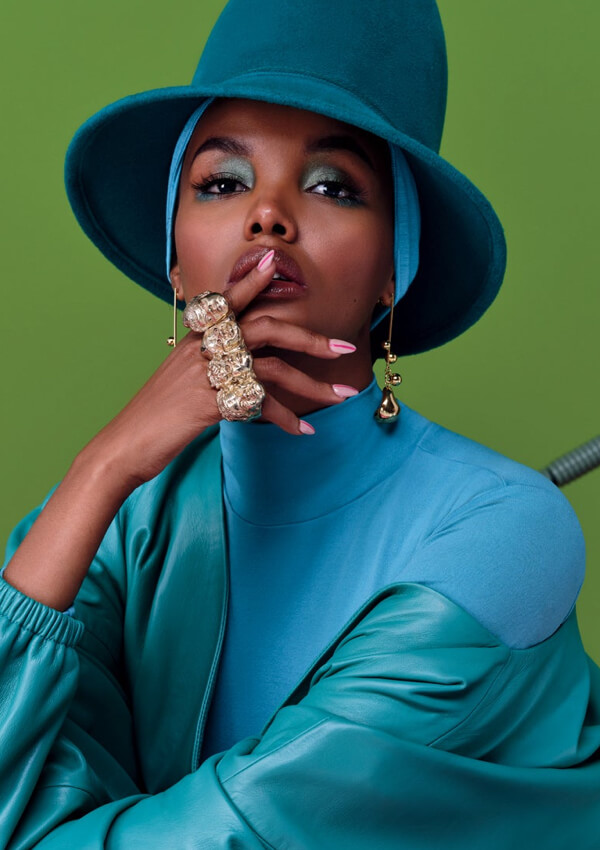 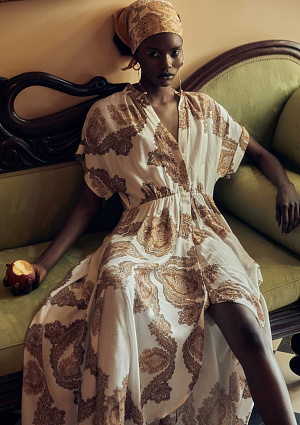 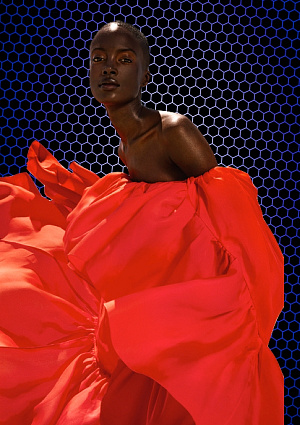