Harlem Fashion Row has been going strong since 2007, and it has brought out some of the best underserved black fashion designers from New York and beyond.

“Providing a voice for multicultural designers,” Harlem Fashion Row (HFR) has also become a light “giving space for fashion designers of color to build profitable businesses.” Its mission is to be “a creative platform that enables these designers to sell and present their collections to key leaders within the fashion industry”. 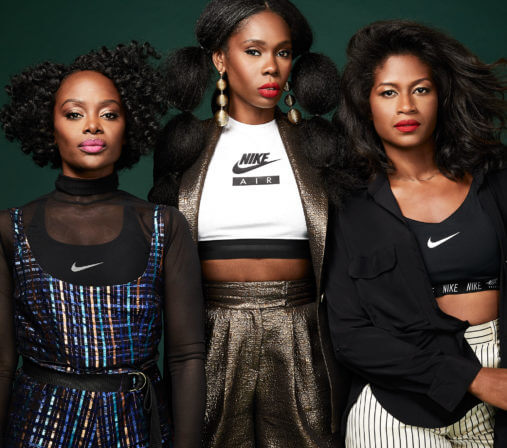 Daniel selected the three designers “based on their previous work and passion for sport” and their desire to “take two voices devoted to empowering others and combine them to create a shoe that honors the strength of African American women everywhere.”

There is much to be said about the three phenom designers, who all come from different walks of life and have different life experiences, but who all eventually found themselves on the same journey. 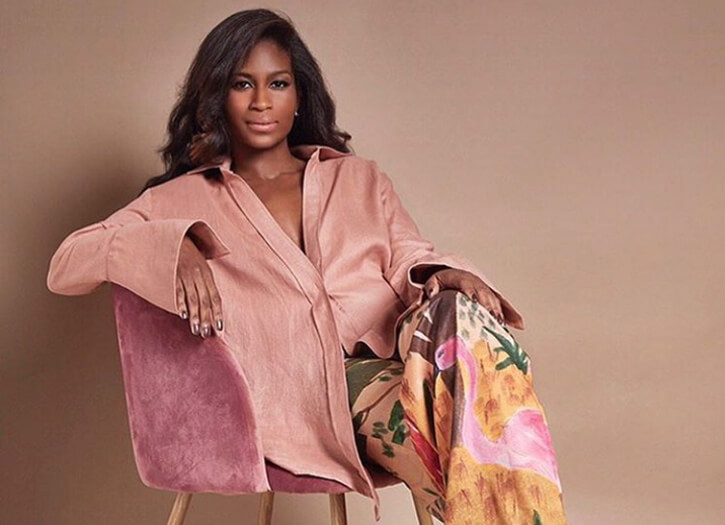 Noel is a woman of pure, unadulterated confidence. Totally aware of her power -- style -- Noel uses it as an inspiration and shows it through her line, FeNoel. Drawing from a love for travel, she has found her niche. “ I’m motivated by places and my experiences in those places. I often imagine what would be the best thing to wear in a certain place at [a certain] moment, and I create accordingly.

She is not one to shy away from curves; in fact, Noel embraces them throughout her entire collection. “Curves are a beautiful thing that should be celebrated, and I took on the responsibility to accentuate our God-given shapes. We are all art forms and sculpted differently.”

The talented designer also spearheads a charity, The Fe Noel Foundation, whose mission is to “provide underserved young people, through hands on mentorship, with the tools and knowledge they need to open their own business.” It is her way of “paying it forward." The objective of the Fe Noel Foundation “...is to provide opportunities in a safe environment where the future of our generation can come and express themselves creatively, as well as bring their ideas to life in the form of a business.” 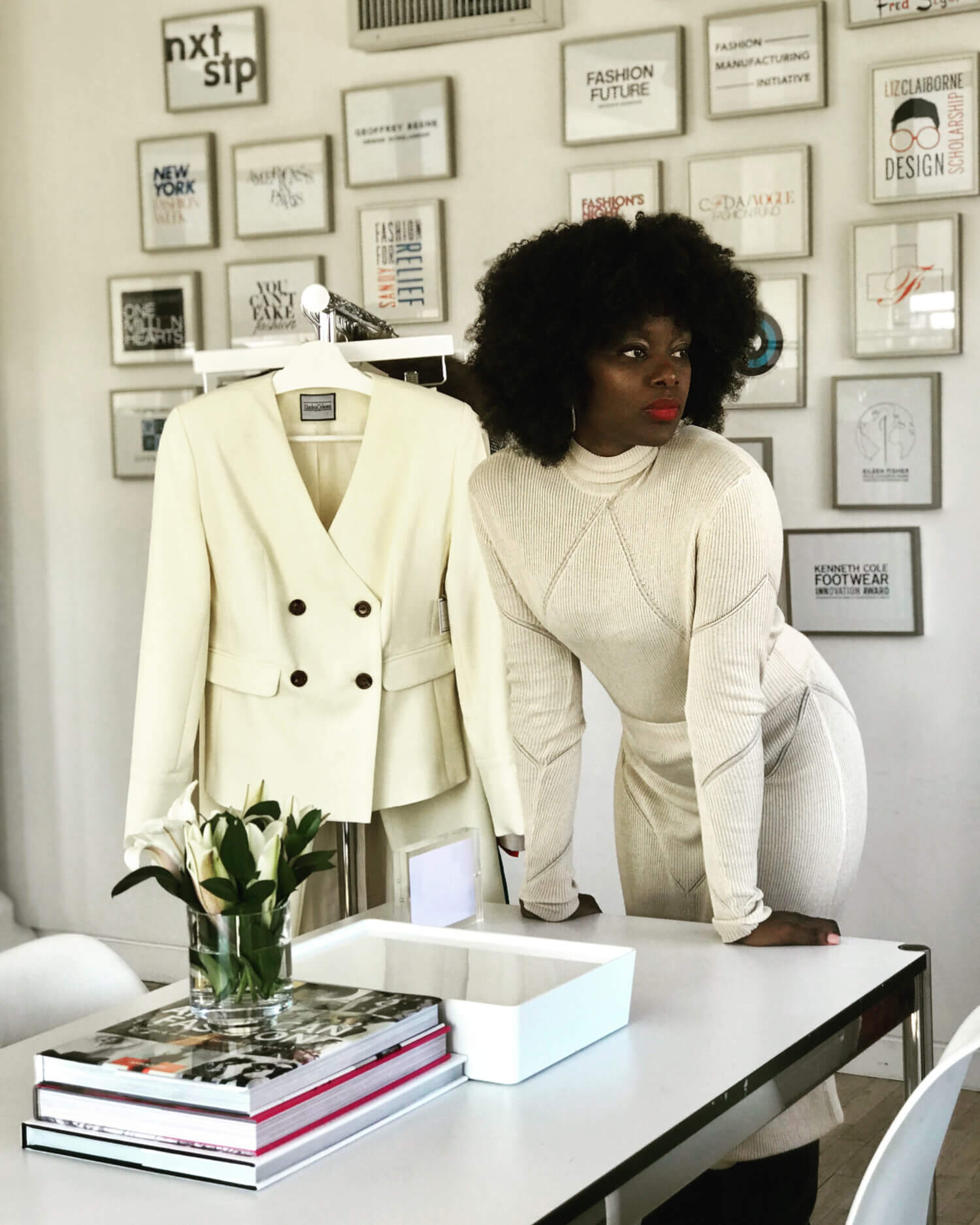 “This brand has grown and become my true labor of love. I started designing as early as 10-years old in Brooklyn. I've always looked at the world through design, color, shape -- more abstractly. Growing up, I didn't know I could get paid to draw and sew and make pretty things, so I took the advice of my good West Indian parents and went to school for business at the illustrious Howard University. HU was a transformative experience. After college, I moved to LA to work in "business" -- I didn't like anything about my life in LA (sorry West Coast peeps) until I enrolled in a fashion illustration class at Long Beach College. That 2 hour class every Tuesday night became my life. It felt like home in a far away land. A year later I quit my job, sold everything in my apartment and moved back home to NYC.

Once back in NYC, I quickly started my fashion career, working for Calvin Klein and Marc Ecko to name a few. But my passion was always in fashion entrepreneurship. Entrepreneurship was ingrained in me from a very early age. Working in fashion product development for over 10 years was great. It allowed me to travel and learn so much about the industry, but I knew I needed to do more. In 2008, I co-founded a handbag company, Cousin & Co with my cousin and bestie Shekima. We saw some great wins in that business, such as getting Tory Burch as a mentor, gaining tons of national press and landing in some great stores. But eventually the business exhausted its reach, and in 2013, we decided to end the party.

My desire to be a fashion entrepreneur wouldn't go away -- it was a part of me. So in 2015, probably against better judgment, I founded UCNY. This brand is my growing baby and has exceeded most of my plans for it. It was profitable in its first year, landed 6 retailers in that same year and continues to grow as I continue to stretch myself and what is possible for me as its owner and creative director.

In 2018, I've put most of it in God's hands because what I've also learned is that talent is great and drive is necessary, but without a divine plan and appointment, I'll find myself spinning in a circle in my studio. 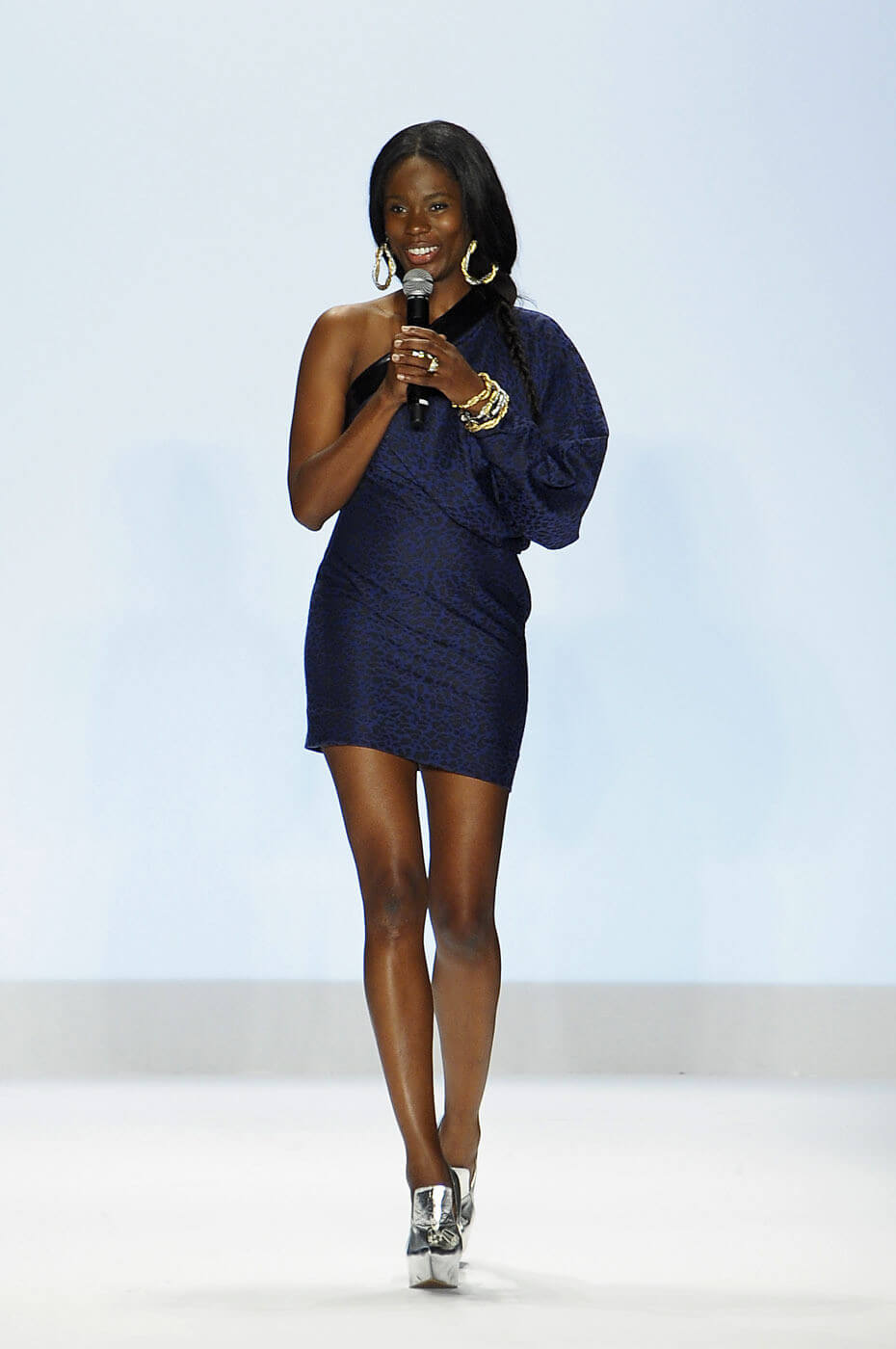 Goldson, a former contestant on Season 9 of “Project Runway” and owner of Kimberly Goldson, recently caught up with MIC about what it means for James to use his platform and status to celebrate black women, as well as her thought process through the designing of the sneaker and forming a sisterhood with Celeste and Noel:

Mic: Why is it so cool LeBron launched a Nike sneaker collaboration dedicated to black women’s strength?

Kimberly Goldson: First off, it came from an organic place. He was having a post-game conversation and he mentioned that his mother was the strongest woman he knew and black women were the strongest people on earth. And from that, Nike said, “We need to really expound on this.” It was never, “We need to create a shoe to capitalize on this moment of #BlackGirlMagic.” And the fact that he has such a huge platform. He doesn’t have to give a space where African-American women are highlighted. I mean, we couldn’t ask for a better person for this to come from.

What were you thinking as you went into Nike’s design lab in Portland for this process?

KG: It started out overwhelming for me because I’m self-taught. I went to [the Fashion Institute of Technology] but for merchandising. So my background was in the business behind fashion. And then several years later, I needed that creative outlet, so I decided to teach myself how to sew. That’s how I landed on Project Runway. So when I knew we were going into the Nike corporate offices, into the design lab, a secret room, I was like, “Oh my goodness, I’m going to be found out as a fraud. Like everyone is going to realize that I’m not really a technically-trained designer.” So I was really nervous.

And this is the reason I know this was supposed to be the three of us. Because had it been me by myself, I probably would have been stunned [and] silent to the point where nothing would come to me. But luckily there was Undra and Fe. Once Undra began her input, it jump started the process.

Did you all know each other before that process?

KG: We met at the Harlem Fashion Row 10th anniversary show in September 2017. [But] we really got to know each other the first time we did the preliminary meeting for working on the shoe. We clicked instantly and we’ve been sisters ever since.

Can you tell me about the meaning of the lion figure on the back of the shoe?

KG: So LeBron, he’s the king, and the lion is the king of the jungle. And so that represents strength, which is what the shoe is built on. What people don’t realize is it’s actually the female lion that’s the strongest in the bunch, and it only makes sense for it to be on the woman’s shoe. And the Nike team put it foot into getting that lion to look as beautiful as it did. It’s 3D and functional, because you lace the laces through the mouth of the lion and they can go up around the ankle.