Nareasha Willis Fights Cultural Appropriation One Design At A Time

Black people's legacies and contributions to fashion are sometimes treated as “Ghetto Until Proven Fashionable.” And no one knows that better than sweatshirt designer Nareasha Willis.

Fashion stylist Melody Trend was photographed by Phil Oh as she posed outside of Paris Fashion Week wearing a black sweatshirt. On it was the powerful phrase that hit home for the black fashion community: “Ghetto Until Proven Fashionable”. 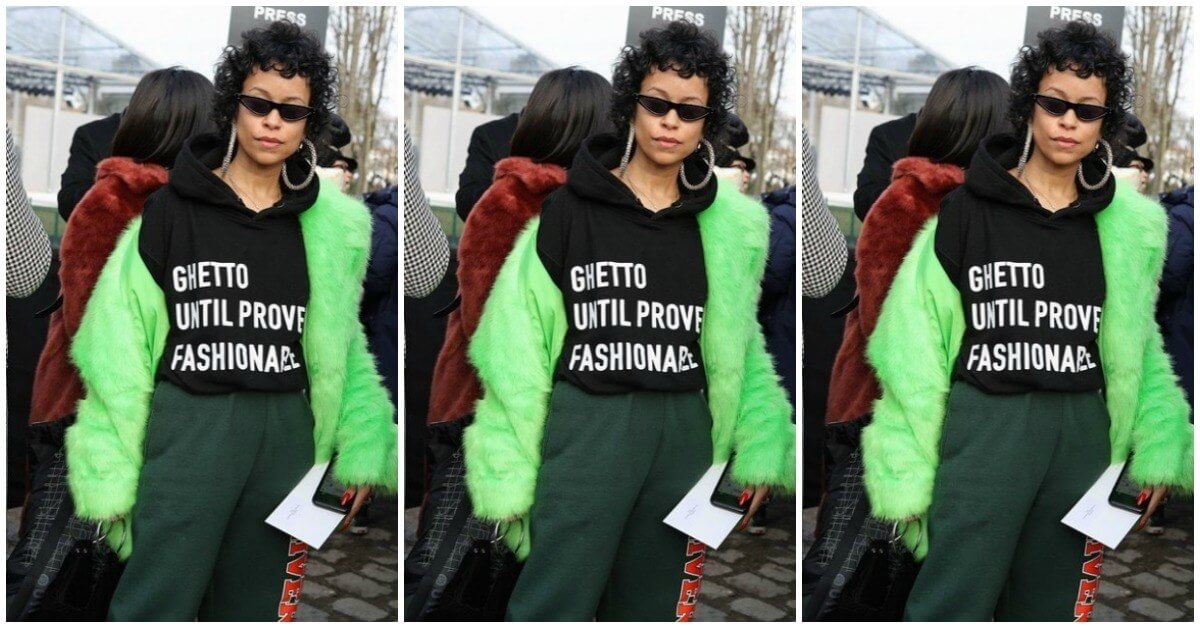 As the photo quickly gained traction on social media, it began to spark a well-deserved and much-needed conversation about cultural appropriation.

The sweatshirt’s phrase was no mistake. In fact, it was very much thought out. It had gained the response that Willis had hoped to get.

She started her fashion brand Black Vogue, “to present an alternative, more inclusive, fashion image,” Teen Vogue explains. “Nareasha felt that mainstream platforms were not doing enough to properly highlight the positive contributions of black people in fashion. With three defining principles in mind — encouraging diversity in fashion, promoting black accomplishments and ideas, and supporting other black fashion hopefuls — she set out to create a brand that stylishly and courageously addressed major social issues.

The controversial designer does not shy away from topics she’s passionate about, especially that of equality for the black community. 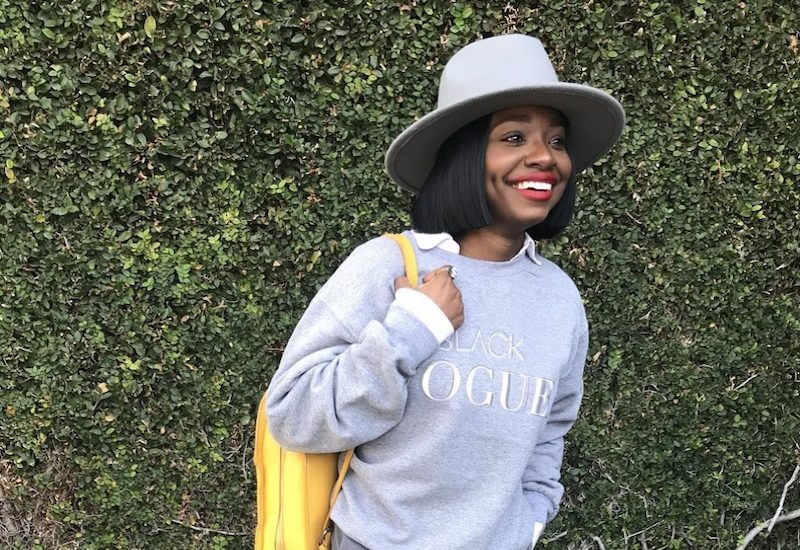 “My goal when creating my brand Black Vogue and designing apparel has been to communicate many thoughts and facts that we as a community already know and have said to one another in private conversations,” said Nareasha.

It is disheartening when Black people pioneer a style or design that is deemed “too ghetto” by society’s standards, but when worn by non-blacks, it’s suddenly “all the rave”, “in”, or “fashionable.” Some of the most recent examples are box braids, cornrows, locs, and let’s not forget Cosmopolitan’s infamous “hair tattoos.”

“This sweatshirt was made to remind our community that they know Black culture is and has been a contribution to fashion in many ways,” said Nareasha. “Even if it makes them uncomfortable because more importantly it can create a conversation, which is needed today.”

Since its feature on Vogue, the sweatshirt has been sold out many times over, and even features an off-the shoulder, long black adjustable tee.

As for now, Willis is working on expanding her fashion line and educating herself so she can become more involved in activism and create a more positive platform for her culture. She told Teen Vogue that she “would like to get involved with fashion nonprofit organizations that involve children and promising Black designers. This hits home for me because I participated in organizations like this as a child.”