Naomi Osaka has taken the world by storm with her elite tennis skills and soft-spoken, yet powerful activism, but now she’s treating us with even more of her one-of-a-kind personality and flair.

The 23-year-old champion athlete and aspiring fashion designer is joining forces with one of the world’s most iconic brands -- Louis Vuitton.

Naomi is serving us luxury as LV’s newest brand ambassador, and she announced it with pride, gratitude and even a little awe on social media.

“Wow this is actually crazy. Honored to be @LouisVuitton newest House Ambassador,” she writes on Twitter.

“Funny story : I first bought my mom a LV bag when I was 16 as a birthday present and it’s kinda been a tradition since. Do I call this a full circle moment? Yes ?”

Wow this is actually crazy. Honored to be @LouisVuitton newest House Ambassador.

Funny story : I first bought my mom a LV bag when I was 16 as a birthday present and it’s kinda been a tradition since. Do I call this a full circle moment? Yes ? pic.twitter.com/r2kV7OVNPy

"Aside from tennis, my most treasured passion is fashion, and there is no brand more iconic than Louis Vuitton," Naomi said in a press release. "It is such an honor to work with Nicolas [Ghesquière] — he's a designer I admire so much and we share a mutual love of Japanese culture and style. To become global brand ambassador is truly a dream come true for me." 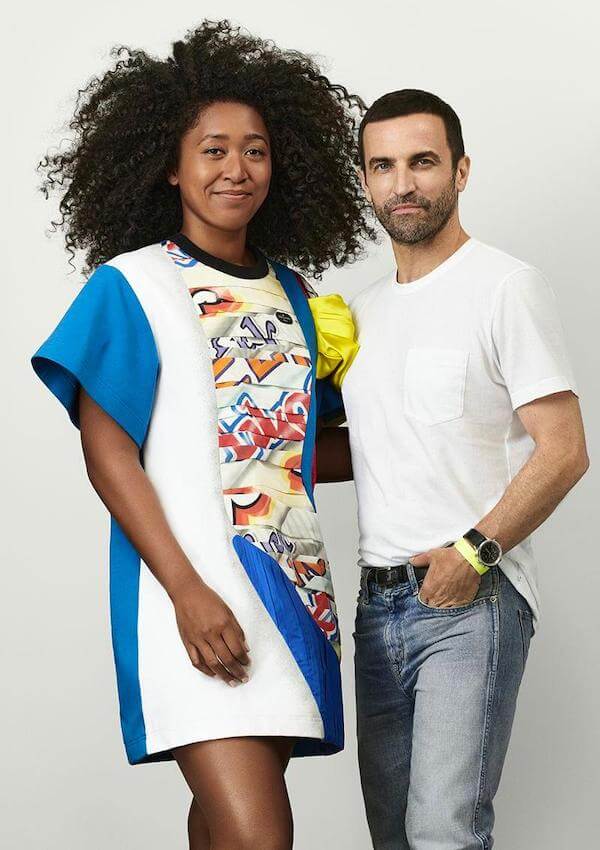 Naomi has collaborated with Japanese label Adeam at New York Fashion Week in the past and has used accessories to advocate for racial justice on the court. According to PopSugar, Osaka officially makes her debut as the ambassador to the luxury fashion brand in the spring/summer 2021 fashion campaign photographed by Nicolas.

Given that Naomi is the highest-paid female athlete ever and has been the No. 1 tennis player in the world, her humility is both endearing and refreshing. You can’t help but cheer for a woman who owns, reveres, and uses the power she holds as a force for good.

Naomi is a top voice for a new generation, and she carries it with class. Now she’s matching her stroke with a brand that also aims to give us its very best.