What happens when you marry the three loves of your life? Just ask Rihanna. Not choosing between them, her affairs with music, makeup, and fashion have all become her obsession.

“As a kid, I’ve always used fashion as a defense mechanism,” Rihanna mentions. “But that and music and makeup and lingerie, these are just different ways that I can express my creative. It’s all me as the muse. It’s all me, that's like behind everything.”

Up until the very moment she began presenting her Autumn/Winter 2019 collection during New York Fashion Week, Rihanna takes us behind the scenes in her new Amazon Prime special. She gives us glimpses not only of the brain power behind body-positive brand Savage X Fenty, but of the real work that goes into creating the visual, wearable art. 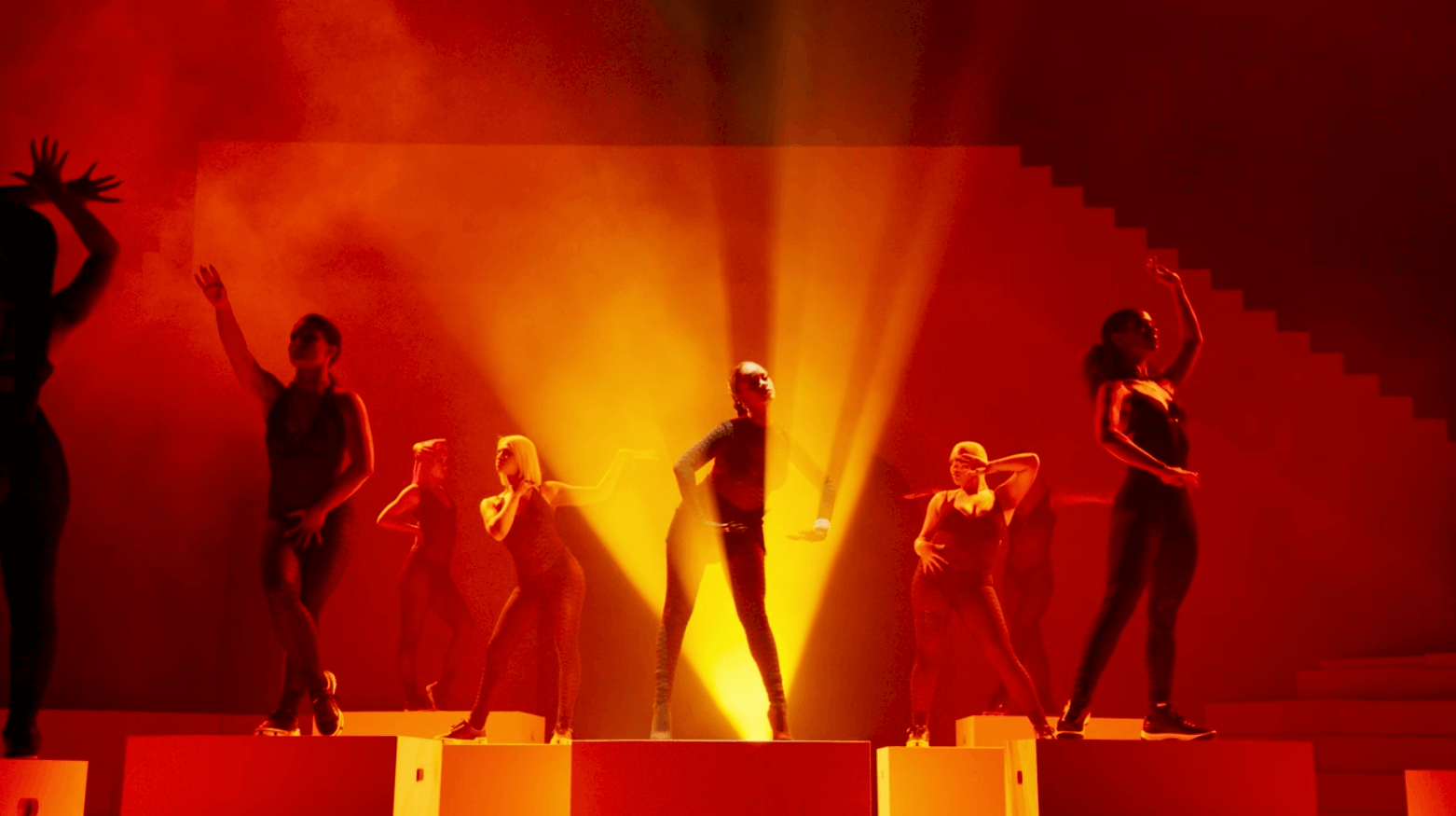 And with the target market being “everyone,” Rhianna looks for models who have “unique characteristics” that “aren’t usually highlighted.”

It’s sexy. It’s out of the box. It’s over the top. It’s so bad, it’s good. It’s the “she” of femininity. It’s androgynous. It’s an unadulterated, unfiltered dose of confidence. It’s Rihanna’s personal signature. The Savage X Fenty Fashion Show is more than a display of lingerie, it’s real life imitating art through the vessels of human forms.

“Everything she does is for everyone. She wants everyone to feel beautiful,” said Jennifer Rosales, Senior VP, Fenty Corp. Rosales continues to add that the Only Girl singer wants “everyone to feel empowered. Everyone to feel and have that strength within them to become the best version of themselves.“

Appearing on Amazon Prime Video on September 20, Rihanna’s Savage X Fenty AW19 featured an all-star line-up of celebrities, models, and familiar faces. As the countdown began for the opening of the show, you could sense the thick intensity hanging in the air. Dressed in all black, Rihanna, the self-professed bad gal herself, opened the show on a blacked out stage, wearing a see-through mesh bodysuit, a short skirt with a sexy high slit, matching booties and a pick-me-up bra. She finished her look with a braided ponytail and silver accessories. When the music dropped, smoke and individual spotlights were all that were needed to instantly breathe life onto the stage.

“The show plays out like a piece of theatre,” Willo Perron, who took charge of the creative, tells Vogue. “It’s entertainment with multiple layers, and how fashion should approach its messaging moving forward.” For a stage befitting Brooklyn’s Barclays Center, Perron and his team worked on a hybrid presentation for four months. The real challenge, though, was to take the mood and feel of the Moroccan A/W19 campaign imagery and make it “Fentified”. “I wanted it to fuse North African and Mediterranean energy while retaining simplicity,” explains Perron. “Too much ornamentation would have looked like an amusement park, so we kept it clean – there’s a subtlety to the lines and the sandy colour scheme.”

Acts included the Migos, who symbolically performed Pure Water in a puddle of water; Halsey giving us a peek into the Graveyard; All DJ Khaled does is win; according to Fat Joe, he’s All the Way Up; You may call her Whack, but Tierra is no stranger to Clones; and in closing, Fabolous sends the girls off by Killin Em. 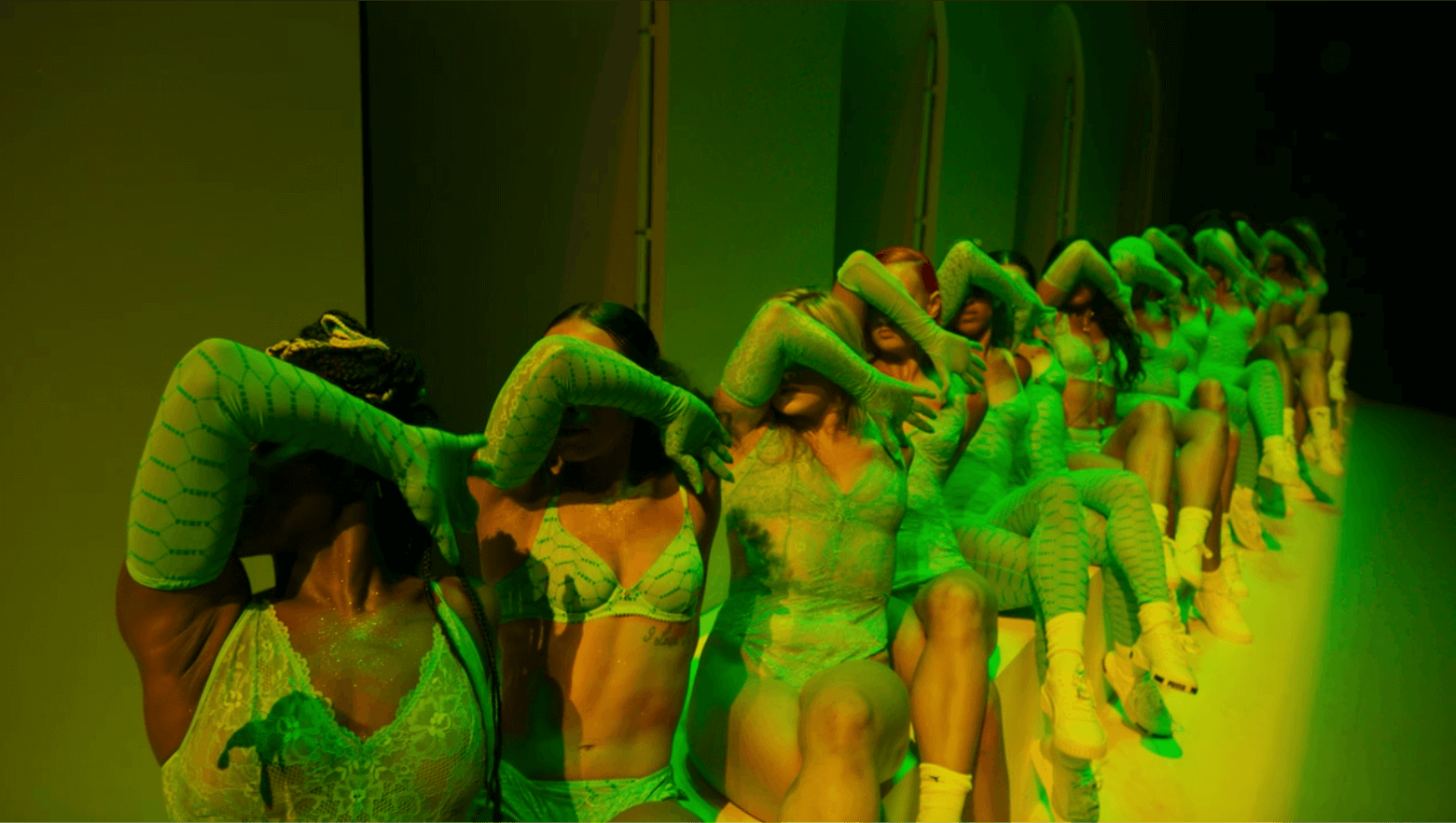 Other guest appearances included, 21 Savage; Laverne Cox who turned red; Normani giving us upbeat tempo as she danced to Get Busy by Sean Paul; and brief, but impactful, Christian Combs made his cameo appearance. Super models Bella Hadid and Alek Wek gave us werk, while it-girl, model, and actress Slick Woods gave us face.

At the Savage X brand launch meeting in 2017, the question was posed, “How do we make history?” The Take a Bow songstress seems to believe that talk is cheap. “When you keep yourself up at night thinking about how to make history, you’re not going to make it.” There’s forward progression when your actions speak louder than words.

Unlike other brands who have a standard cookie-cutter look when it comes to models, Fenty X Savage understands the female form. The brand knows that one size does not fit all and if a size 2 can confidently wear a piece of lingerie, a size 22 should be able too, also.

“Sexy and confident is really just owning the two,” Bri, a model from Chicago, IL. says. It’s also “not letting anyone else take that from you, regardless of what they have to say.”

Omo, a model from Denver, CO., couldn't agree more. “Being the best version of you is what’s sexy to me. When you feel confident about yourself, you glow on the outside.“ 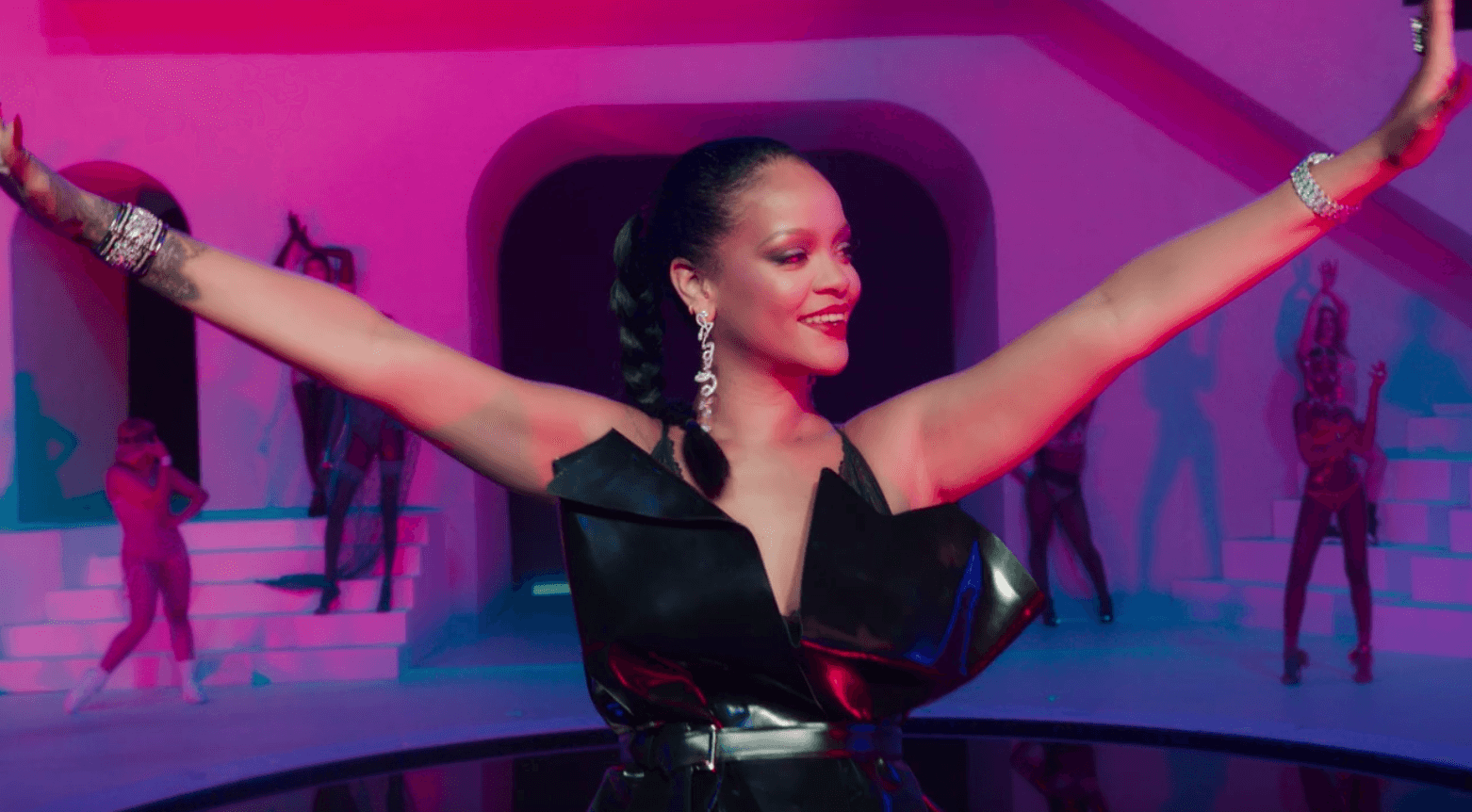 In creating of Savage X Fenty, it was very important to Rihanna to cast models who tell the narrative of what the brand stands for. “What we stand for mainly here is inclusivity. That’s what I stand for with everything that I create.”

When the world goes right, you can almost guarantee that Rihanna will steer left. That is a concept that drives the details in making Savage X Fenty, even down to the design of the tag, how the fabric feels on the skin, to how it moves when you walk.