Reali-Tea: Fact Is, Real Men Want A Full Life & Family With You

What do Black men want from a relationship? Ask that question and you'll get a list of predictable answers, ones you could probably guess yourself at this point. But the real question is: Who are you asking?

Black men's tastes and desires run as far and wide as any other "group." Yet they often get lumped all together based on a small, homogenous sample size or skewed by stereotypes and personal bias.

Dr. Armon Perry, Professor of Social Work at the University of Louisville, looked into this very question. A strong Black man himself, he knew first-hand that there was no "one size fits all" answer that satisfies everything. But you'd never know that by looking at the sea of TV shows, movies, books, interviews and studies that claim to have Black men "figured out."

Many people believe what they see, even when "reality" is fake. Some take TV shows meant for entertainment as fact and truth, based on the way that Black men and their relationships are presented.

"Media portrayals are often hyperbolic and sensationalized to attract public attention. Equally troubling is that the majority of academic research in this area also perpetuates many of the same, negative patterns that are common in popular culture,” said Perry.

"As a graduate student and university professor, I have spent nearly two decades reviewing these studies on Black men and families. The general consensus from them falls into one of two categories: first, that many Black men are not viable marriage mates because their financial struggles will not allow them to provide for a wife and children."

Seeing Black men presented negatively by the media is nothing new, but how much of the Kool-Aid are we drinking and believing against our own?

"There are no good Black men." "Black men don't want to get married." Neither of these is true across the board, along with a host of other negative one-liners.

In Perry's book, “Black Love Matters: Authentic Men’s Voices on Marriage and Romantic Relationships,” his 150 hours of interviews with Black men revealed a fuller picture of where they really stand on family and relationships. Perry's 33 interviewees ranged from ages 18 to 72; were single, romantically involved, married, divorced or remarried; ranged in education from graduate and professional degrees to high school diplomas and GEDs; and varied in annual incomes from $0 to US$175,000.

Now, compare those earlier stereotypes with what real Black men had to say about their partners:

--In the interviews, many of the men credit their partners with making them better husbands, fathers and men. According to one of the participants, “I always tell her that I couldn’t have become who I am without her. Meeting the right person, to stand with the right person is probably the most important decision I’ve made in my life.”

-- “I think just how she was able to articulate to me who she was and how she shared some of my values when it comes to children and relationships. It’s just how she carries herself. Her presence made me want to be with her and I never had another woman make me feel like that.”

Black men are also carrying the weight of a world that preemptively labels them as dangerous or criminals, even as they strive to be good husbands and fathers. Some haven't had these roles modeled well for them, and it concerns them about their own relationships. So, no matter how cool they seem on the outside, Black men often worry as much about relationships as we do.

In the end, though, there's a simple way to know what our Black men want. Ask! As “Black Love Matters” shows, Black men are ready and willing to tell us both how they love and want to be loved.

MORE IN MALE POINT OF VIEW 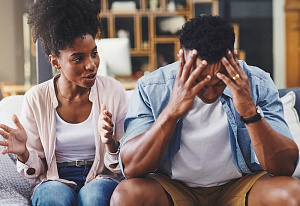 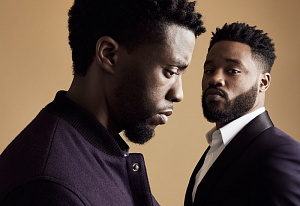 Finding Your Way Home: A True Love For Black People 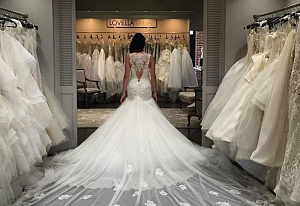 Dear Future Wife, it is my job to… 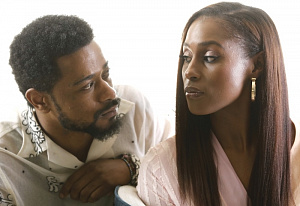