What happens when our mind is under constant attack, dealing with what seems like a tsunami, a tsunami of traumas from the aftermaths of mental and emotional instability, attempting to battle it out -- as the world -- our arena, watches our every move?

If I express myself, I’m considered the Angry Black Woman; if I attempt to mask it with some makeup, dress up, and play up, I risk being a “caricature of the ‘Jezebel.”

Black women have no time to be viewed as vulnerable and weak, right? We have too much shit to accomplish, do, and just be. I do mean, as black women, we keep-on-to-keep-on, and as a result, our mental health has to take one for the team by playing bench warmer, backseat passenger, or being placed on the backburner all together.

But, we’re too ashamed to ask for or even seek help, even through candid talks with girlfriends over shared coffee and cocoa. Girl, what’s the tea, the 411, the numero uno? And if we do, do we even have the courage to follow through with some much needed professional mental health care?

I’m a “Strong Black Woman,” and being strong is all I’ve ever known. I carry my burdens on my back and my scars are my trophies, as they serve as a constant reminder of the battles I’ve lost and won.

I got this, so who needs therapy, anyway?

I don’t need anyone to tell me how to handle and deal with me and the shit I encounter daily. I mean, our grandmothers did it, no questions asked. And they are the most powerful women our former generations have ever known.

In the words of sister-girl, Taraji P. Henson, “the shit we been through, the fact that we’re able to put on a smile and be a friend. Girl, that’s [a] superhero.”

That’s who my grandmother was, and that’s who I am; I pray that I’m making her proud. I pray in the pews of the church, leaving my emotional baggage at the altar. I leave it in the hands of the Lord, and in doing so, I humbly and unconsciously made a pact to myself, a pact that resulted in a life of self-silencing.

Anxiety and stress, what’s that? No sweat off my back. I take it in stride, keep it moving and press on. Depression you say, isn’t that a personal weakness, some sort of inferiority, or someone with a troubled spirit? No, thank you, church is where I sing my kumbayas.

As I said before, “I'm a Strong Black Woman.” As a matter of fact, “I’m a whole black woman, not broken, no need to be mended, or pieced back together.

But you need a safe space to share and help you process your feelings?

A sister-circle you say? Humph, no, honey, I’m good. That in itself is psychological warfare. I won’t make that mistake again. I once gave my best friend, my home-girl, my ride-or-die, the gun and ammunition to use against me, and she did when the friendship ended.

Mood swings? It’s just a mild touch of a black woman singing the blues. I’ll snap out of it eventually. Until eventually left me as an empty capsule, an emotionless soul of hopeless, despair, and tears in a bucket, fuck it!

As Rep. Maxine Waters would say, “I’m reclaiming my time.” I got shit to do!

A conversation with myself - my therapy... my silent prayer

MORE IN I'M A WOMAN, PHENOMENALLY 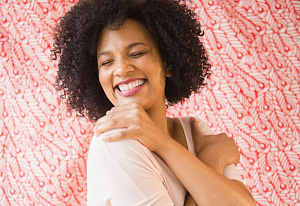 I LOVE ME, by Gay Ndego Robinson 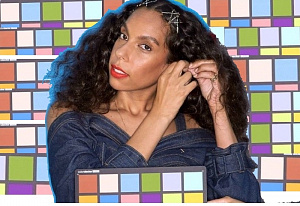 Vision: Breathing Life Into Your Dreams 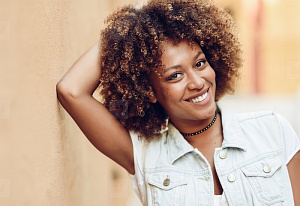 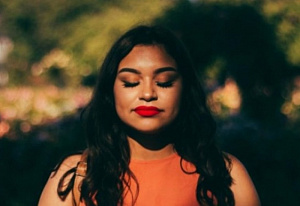