Factors On Why Black Moms Have Lowest Breastfeeding Rates, Compared To Whites

We all know the importance of breastfeeding, but did Black women get the memo?

No, it’s not that at all, but when it comes to breastfeeding, African American mothers have the lowest rate of initiation and spend the least amount of time breastfeeding overall.

According to the Centers for Disease Control and Prevention and their most recent figures (from 2010), only 62 percent of black babies were initiated into breastfeeding (with a duration of roughly 6.5 weeks), compared to 79 percent of white babies. In a newer study, the CDC provides some insight into possible causes behind the discrepancy.

Within the Black community, some of the reasons moms struggle to successfully breastfeed arise from certain hospitals failing to provide them full support. According to Morbidity and Mortality Weekly Report, the CDC’s reported findings suggest that there are racial disparities in gaining access to maternity care practices known to support breastfeeding.

Jennifer Lind, the lead researcher of the CDC study, told the Huffington Post that they “know that maternity care practices play an important role in women being able to start and continue breastfeeding,” but is not really sure of all the reasons why this disparity exists and persists.

To analyze the relationship between maternity facilities implementing those practices and the racial composition of the area surrounding them, the CDC linked data from its 2011 Maternity Practices in Infant Nutrition and Care (mPINC) survey to U.S. Census data on the percentage of blacks living within the zip code area of each facility.

“Hospital practices during that childbirth period have a major impact on whether a mother is able to start and continue breastfeeding," Lind said. "So it's very important that hospitals support mothers in their breastfeeding decisions and follow the recommended policies that have been proven to support breastfeeding."

Though breastfeeding support may often start at the hospital level, it is also believed that socioeconomic factors, and not just those related specifically to race, also play a huge part in whether breastfeeding succeeds.

CDC study also suggests that Black moms struggle to breastfeed long-term because of returning to work earlier, often due to lack of money, family support, and education on the importance of breastfeeding.

"All mothers really don't have a true choice, so that's really what we're looking for, particularly amongst black women and particularly with our low-income sisters," Kimberly Seals Allers told HuffPost Live yesterday in light of the second annual Black Breastfeeding Week.

Black women such as Allers, a supporting advocate, helps to increase awareness while breaking down the social stigma surrounding breastfeeding. To do so, she has helped to organize an annual Black Breastfeeding Week in hopes of closing the gap and racial disparity in breastfeeding rates.

Shelly and Allers both believed that hospitals can only do so much before other factors come into play, “like preconceptions about breastfeeding, family influence, professional support and a need for a mother to return to work soon after the baby is born,” they mentioned on Huffington Post.

"There are times that the hospital can be doing its job, but what about afterward, once breastfeeding is really getting started?" Shelly said. 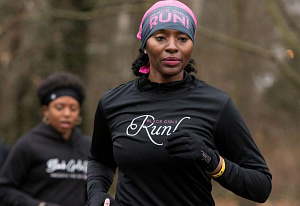 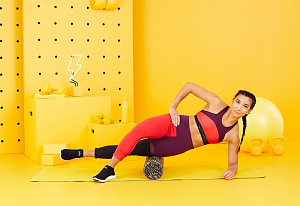 3 Reasons Why You Should Schedule Rest Days During Workouts 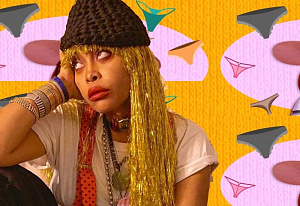 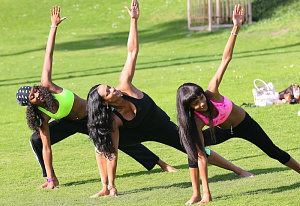 The Top 5 Fitness Trends of 2019 That Still Trumps