Experiencing A Taste of Black Culture & Heritage Through Traveling

There is no need to travel outside of the United States to experience a taste of Black culture and the history it left behind.

Parks, historic homes, and monuments throughout the U.S. all bear witness to the lasting achievements and the legacy of past generations. Traces from some of the country's most influential musicians, politicians, writers, and Civil Rights leaders can be found in just about every state.

When deciding whether to take a trip, why not consider adding or making a special stop to a location where we can learn about black heritage, right here within the United States.

This list captures the best stops in the U.S. that all African Americans should visit. 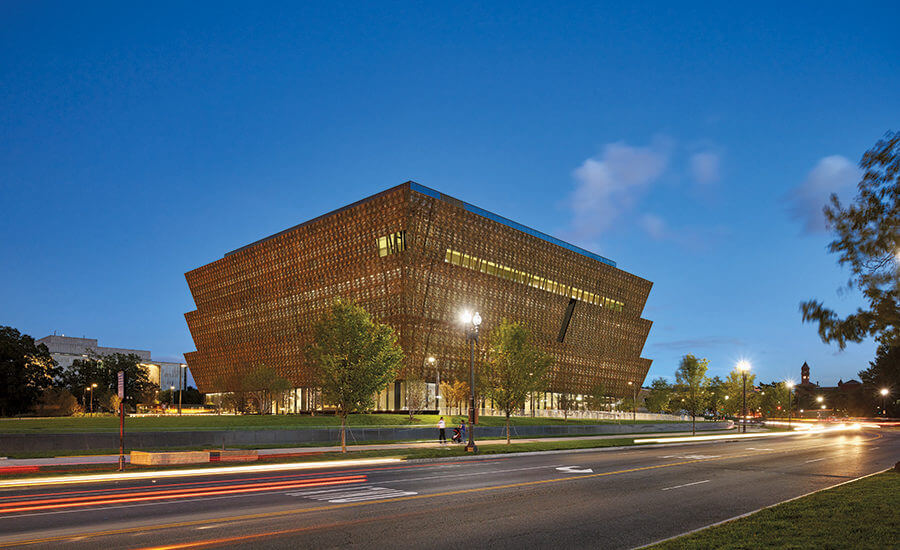 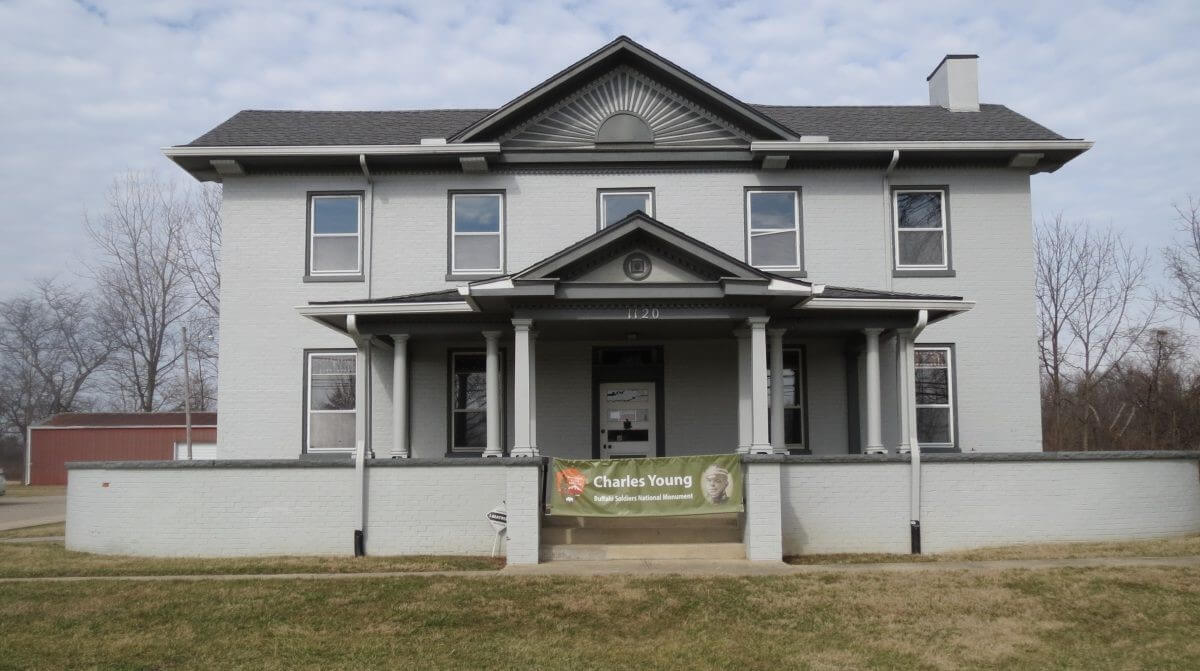 Charles Young Buffalo Soldiers National Monument: Wilberforce , OH
Officially established in March 2013, the monument memorializes Charles Young, who overcame racism and inequality to become a prominent military leader. Born into slavery, he would become the third African-American graduate of West Point and the highest ranking black officer in the U.S. Army until his death in 1922. 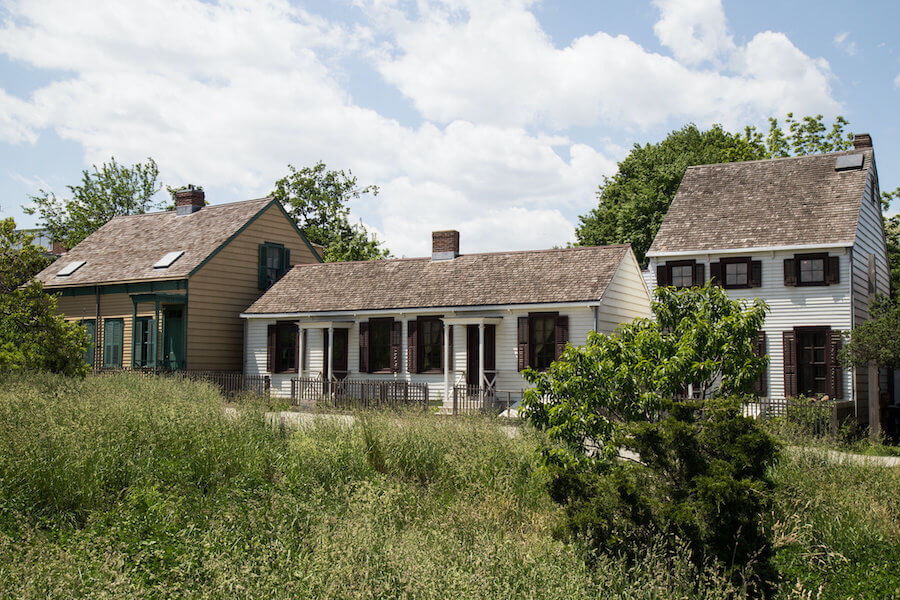 Weeksville Preservation Site: Brooklyn, N.Y.
James Weeks, a freedman, purchased land in 1838 in what is now Bed-Stuy. He established Weeksville, a village of free African Americans -- laborers, laundresses, craftsmen, doctors, entrepreneurs and professionals. The community was "rediscovered" by community activists in 1968, and in 2005 the Weeksville Heritage Center restored four houses, which feature furnishings, clothing, artifacts and photographs dating back to the 1800s, and opened them to the public. It’s mission, “is to document, preserve and interpret the history of free African American communities in Weeksville, Brooklyn and beyond and to create and inspire innovative, contemporary uses of African American history through education, the arts, and civic engagement. Using a contemporary lens, we activate this unique history through the presentation of innovative, vanguard and experimental programs”. 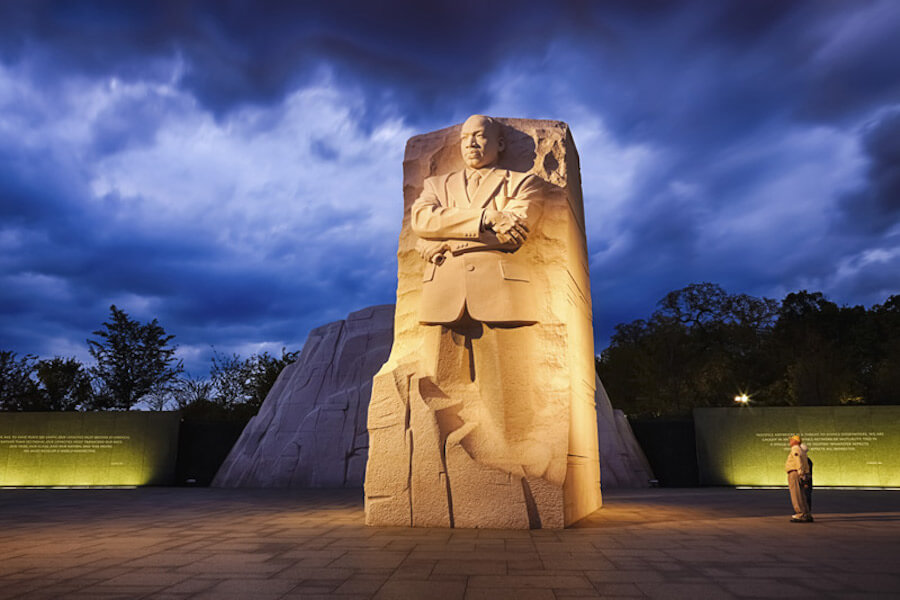 The Martin Luther King Jr. Memorial: Washington, D.C.
Unveiled on the National Mall in the summer of 2011, this site, a pilgrimage destination, features a 30-foot granite statue of the civil rights leader. The Martin Luther King, Jr. Memorial is situated on a four-acre site along the National Mall's Tidal Basin, adjacent to the Franklin D. Roosevelt Memorial and shares a direct line of sight between the Lincoln and Jefferson memorials. Its official address is 1964 Independence Avenue SW, in honor of the Civil Rights Act of 1964, a landmark legislation in which King played an important role. 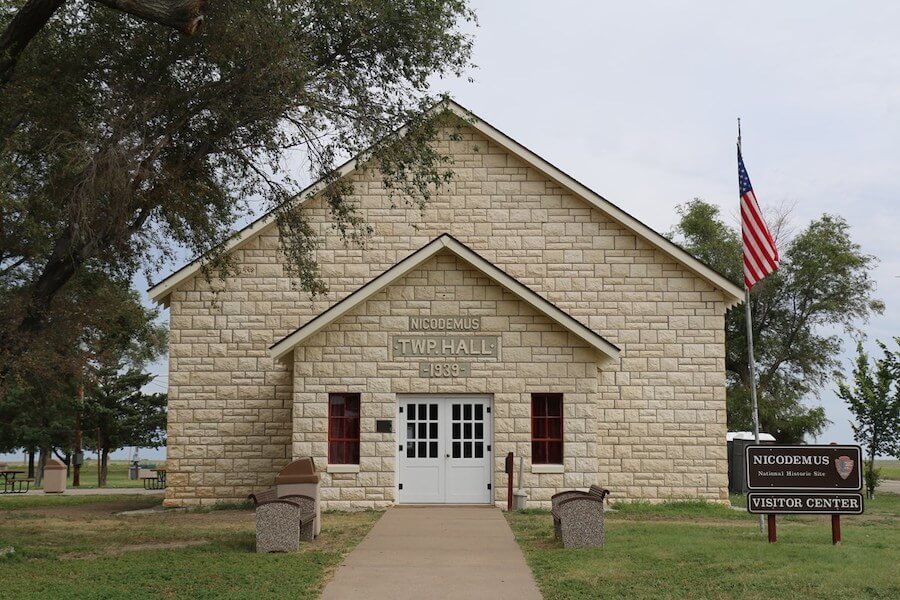 Nicodemus National Historic Site: Nicodemus, Kansas
Named after an African-American slave who purchased his freedom, this site is where a predominately black community was established during the Reconstruction period after the Civil War. Buildings on the site include Township Hall, First Baptist Church and a schoolhouse, among others. 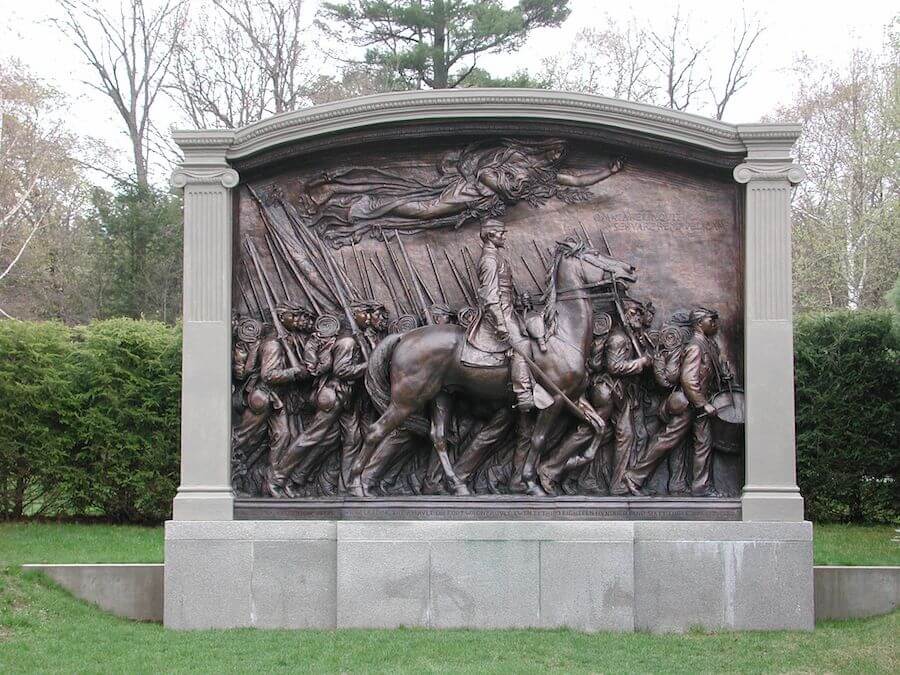 Robert Gould Shaw 54th Regiment Memorial: Boston, MA
This moving scene on the edge of the Boston Common depicts black volunteer soldiers and their white colonel as they set off for battle against the Confederate Army in 1863. The 1989 film Glory, starring Denzel Washington and Morgan Freeman, told the story of the courageous black regiment. 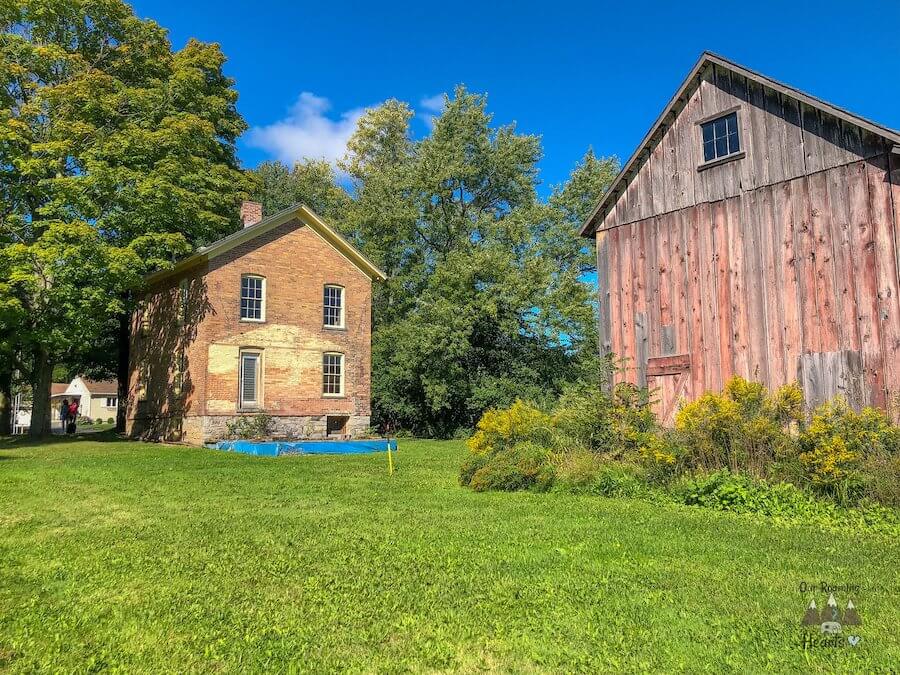 Harriet Tubman National Historic Park: Auburn, NY
A former slave who went on to become a leader of the Underground Railroad that smuggled slaves to safety in the North, Harriet Tubman is one of the most iconic women in history. The land encompassing her home in upstate New York was named as a national park in 2017, ensuring its legacy. 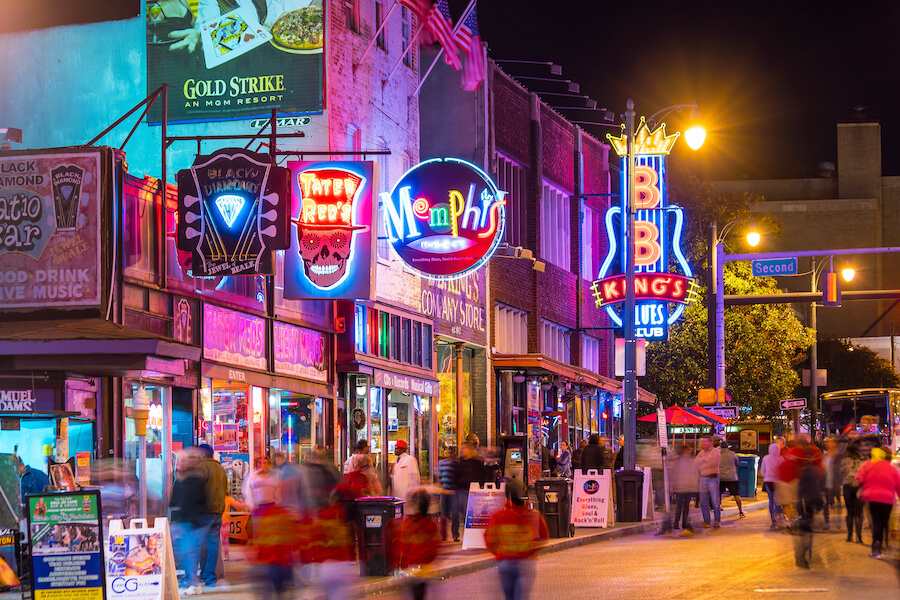 Beale Street Historic District: Memphis, TN
Beale Street runs from the Mississippi River to East Street and is one of the birthplaces of the blues. Landmarks include the Beale Street Tap Room, Mr. Handy’s Blues Hall and King’s Palace Cafe. 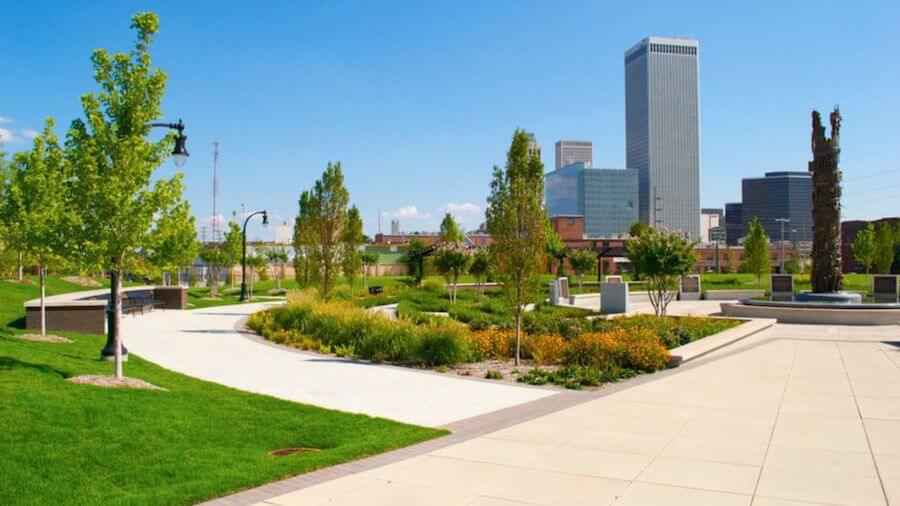 John Hope Franklin Reconciliation Park: Tulsa, Okla.
Dedicated in 2010 and erected at the site of Tulsa's 1921 race riot, the open-air park, centered by the 25-foot-high bronze Tower of Reconciliation, has helped the city reckon with the darkest chapter of its past. Downtown Tulsa is in the backdrop. 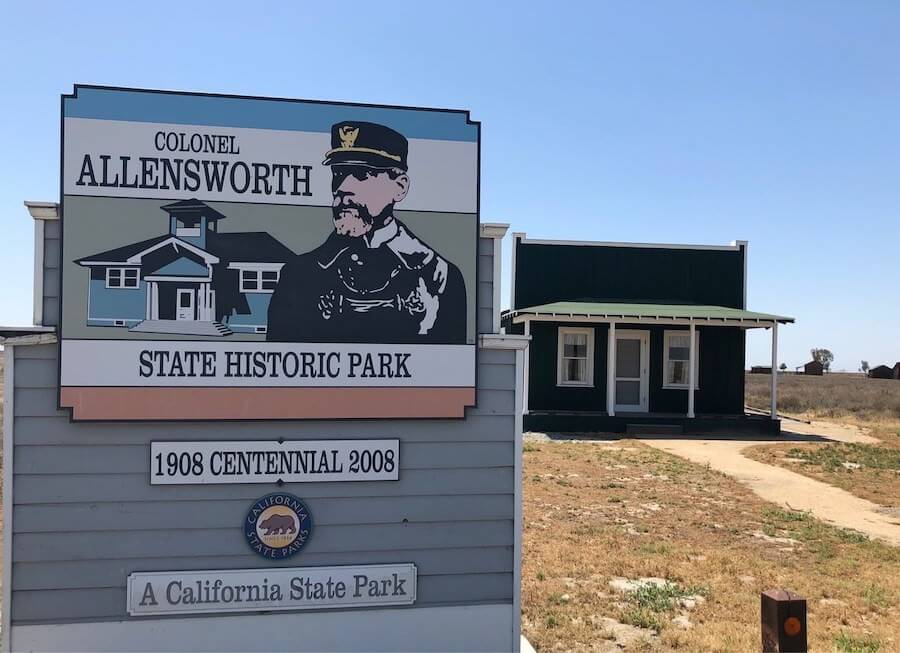 Allensworth State Park: Tulare County, California
Established in 1908 by Col. Allen Allensworth and four other settlers, this was a community dedicated to improving the economic and social status of blacks. It is the only town in California to be founded, financed and governed by African Americans. The park features many restored buildings, including Allensworth's house, historic schoolhouse, Baptist church and library. 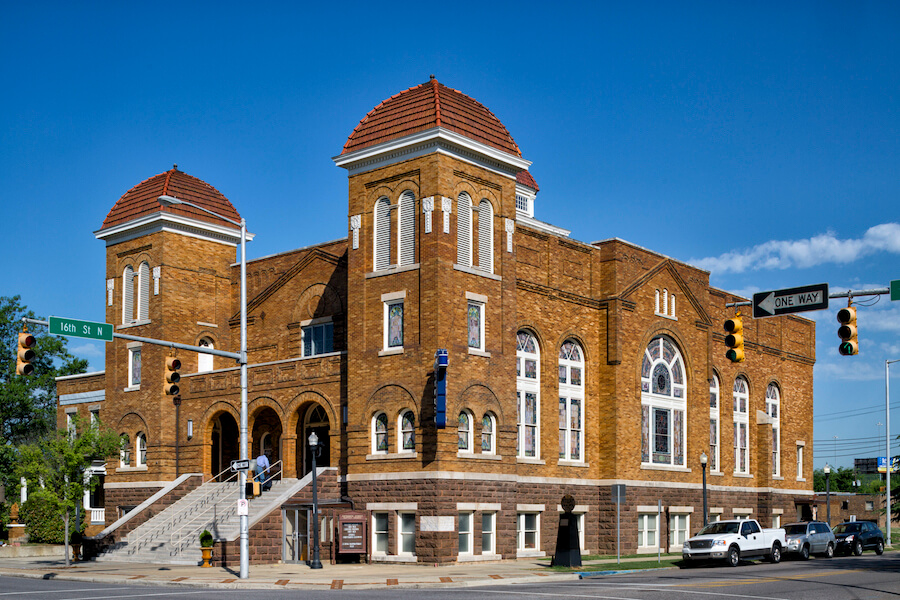 16th Street Baptist Church: Birmingham, Ala.
On a Sunday morning in 1963, a bomb blast at 16th Street Baptist Church left four schoolgirls killed, more than 20 other worshippers injured and the black community brokenhearted. Decades later, the city's leadership created the Civil Rights District, which includes the church; Kelly Ingram Park, the site of many protests; and the Civil Rights Institute, devoted to rights activism locally, nationally and internationally. 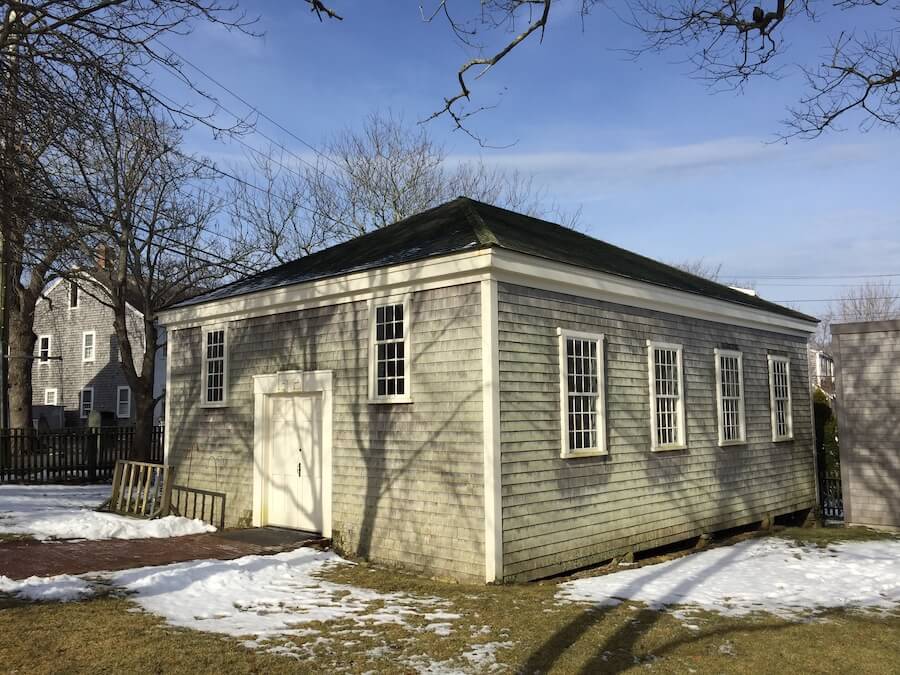 Built in the early 1800s, this small place of worship in the neighborhood of Beacon Hill Boston, is one of the oldest historically Black churches in the country. The location served as a church, school, and meeting house where members of Boston's Black community organized, particularly during the push for the abolition of slavery in the 19th century.

Toxic Ties: What to Do When Your Own Family Is Harmful to You and Others

Are You Strong Enough To Be Vulnerable? How the 'Black Alpha Woman' Stigma Can Keep You Single

You Want to Date...Yourself? The Endless Benefits of Self-Partnership-If You’re Willing to Try