Exclusive: 9 Women Who Made Time 2019 Most Influential People

“Who writes history?” pens Edward Felsenthal, referring to a question that Tara Westover ponders in her breakout memoir, Educated.

When we all look back decades from now, what will our history say? What will be the stories told as our legacy? What little sparkles will we have etched in stone?

We would hope we have inspired a generation to live deliberate lives, ones filled with gumption, hope, wisdom, empathy, and philanthropy.

When it comes to the TIME 100 Most Influential People, it’s list is comprised of the historymakers, educators, and those that have dared to dream out loud, ones for whom the issue “is filled with tributes from teachers to students; in many cases, the surprise is who is playing which role today.”

TIME 100 Most Influential People 2019 is divided into five categories: pioneers, artists, leaders, titans, and icons. We will take a look at some of them now, who nominated them and in their own words, why: 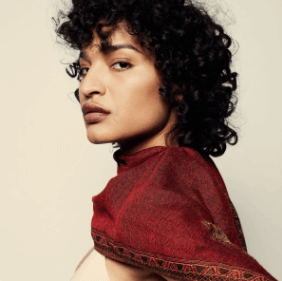 “This is her gift: the ability to transfix you with her vulnerability and boldness, beauty and intellect.”

“But a greater gift has been watching Indya rise from an adolescence navigating foster care in the Bronx to critical acclaim as an actress and model using her voice to center the marginalized communities she comes from.”

“She is the living embodiment of our wildest dreams finally coming true.” 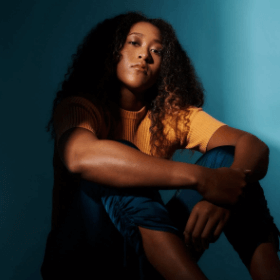 Naomi Osaka
By Chris Every, who won 18 Grand Slam singles championships, is a tennis commentator for ESPN

Rookie Grand Slam tournament champs often fall short at their next major. All Naomi Osaka did was conquer the world again. A little more than four months after shocking the great Serena Williams at the U.S. Open last September, Osaka lost three match points in the second set of the Australian Open final. If she had wilted, no one would have blinked. Osaka, 21, is still young. She had her U.S. Open moment to fall back on. But no—Osaka controlled her mind and let her superior power do the work. She won another Slam.

She’s more concerned with just being herself. No one represents our more globalized, multicultural future better than this honest, polite, self-deprecating tennis life force, a potential champion for years to come. 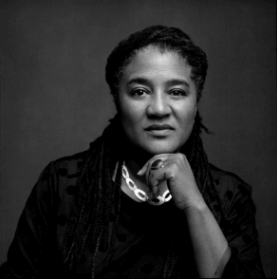 Lynn Nottage
By Marth Plimpton, a Tony-nominated actor and activist

“She’s the only writer I can think of working now, in any medium, who so understands poor white Americans, with compassion for their terror but no pity for the racial attitudes people end up getting stuck in. It’s been a tremendous privilege to explore this aspect of American life in Sweat—the play for which she won her second Pulitzer, becoming the only woman ever to have won twice in the drama category.” 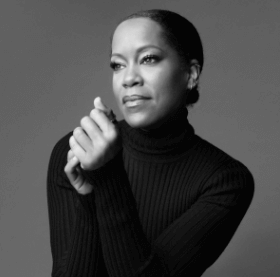 When we meet now, we meet as sisters who know the road; we’re on the battlegrounds together as women and women of color. We connect as people who see other artists and who really take it upon ourselves to elevate them. Regina enjoys watching other actors fly. And that is rare in a profession that is about deprivation.

I think she’s excited for her growth as an actor but also the other side: being a director, being a leader, having a production company. Because that changes the game: the power of what’s on the page is going to change how people of color and women are seen in the business. 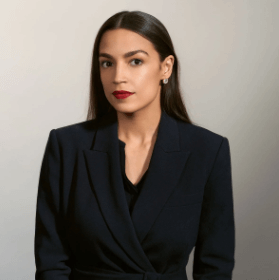 Alexandria Ocasio-Cortez
By Elizabeth Warren, a Senator from Massachusetts, is a Democratic presidential candidate

Her commitment to putting power in the hands of the people is forged in fire. Coming from a family in crisis and graduating from school with a mountain of debt, she fought back against a rigged system and emerged as a fearless leader in a movement committed to demonstrating what an economy, a planet and a government that works for everyone should look like.

A year ago, she was taking orders across a bar. Today, millions are taking cues from her. She reminds all of us that even while greed and corruption slow our progress, even while armies of lobbyists swarm Washington, in our democracy, true power still rests with the people. And she’s just getting started. 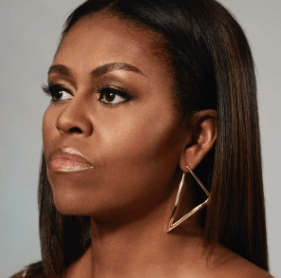 Loving Michelle Obama wasn’t much of a choice. It was something that came naturally, because of how she carried herself. Because she resembled us and was moving in spaces where, as black Americans, we weren’t exactly meant to be, she seemed so powerful.

When I first met her, I was embraced by a warm, regal, confident woman who possessed a reassuring calm, on the eve of President Obama’s historic first Inauguration.

The way she looked, walked and spoke, in that warm but authoritative tone, we saw our mothers and sisters. She was strong and ambitious and spoke her mind without sacrificing honesty or empathy. That takes a lot of courage and discipline. 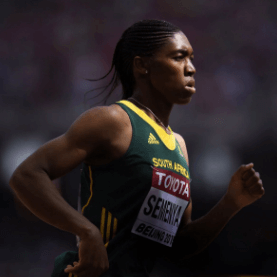 Semenya identifies as a woman, but has testosterone levels higher than the typical female. Her success has brought controversy in elite sport, with many arguing that her biological traits give her an unfair advantage in women’s competition. But Semenya is fighting that. Sport eligibility, she and others say, should not be based on hormone levels or other differences of sex development. If successful, Semenya’s effort could open the door for all who identify as women to compete in track events without having to first medically lower their testosterone levels below a proposed limit. 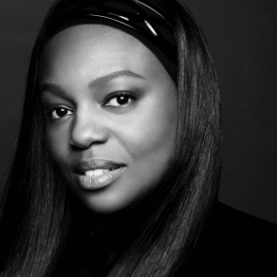 By Beverly Johnson, a a supermodel, entrepreneur and author, and was the first African-American model on the cover of Vogue

Pat McGrath allows us to be seen. Her makeup is not just nice makeup—her bold, beautiful colors make a statement. You usually don’t get that with world-renowned makeup artists. People are afraid of stepping outside the box.

...we have this woman, this creative genius, being celebrated not only for her artistry, but also for her business acumen. It’s something we just haven’t seen before.

Pat must already have the sense that she can do anything, because you have to have that in order to be able to do what she’s doing. In our business, she’s a legend already. 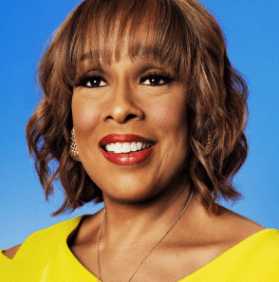 Gayle King
By Ava DuVernay, an Oscar-nominated director and producer
What most don’t understand about Gayle is that this perfected proximity to others is a superpower that the best journalists possess. To be present, but not centered. To observe. To bear witness. Gayle has long honed this craft. So the fact that this year she is being lauded as one of the all-time great broadcast interviewers is simply the perfect signifier, a few decades overdue. Luckily for us, we’ve finally decided to regard her in relationship to herself. To see her for the truth seeker that she has always been. Our eyes are now open as we bear witness to her, standing right in front of us, gracefully in the center.

These Black Women Are Fighting for Equal Access to a Lifesaving Skill: Swimming