NiteCap Claims Fame As Bonnet ‘Invention’ - But We Did it First

Similar to the bonnet worn by Black women for ages, an entrepreneur has “invented” a new silk nightcap that has the Black community in an uproar.

So much so that it’s prompting backlash and rightful accusations of cultural appropriation.

NiteCap founder Sarah Marantz Lindenberg said that while planning her wedding, she got the idea “out of a problem that needed solving.” After experiencing uncontrollable breakouts, Lindenberg states that her dermatologist suggested that she try sleeping with her hair out of her face.

After failed attempts of using clips and with ponytails giving her headaches, Lindenberg, who is white, tried her hand at silk scarves. And though the scarves did not stay on at night, Lindenberg noticed that while using them, her hair was shinier, thicker, and her blowouts lasted longer.

Lindenberg, who is the director of marketing at womenswear brand Pink Tartan, mentions to Fashion Magazine, “it inspired me to create something of my own.”

As for how this cultural appropriation sits with the Black community, it does not fair too well. What Lindenberg failed to mention, Black Twitter was quick to point out. They unleashed a series of tweets expressing their concern of the obvious -- Lindenberg’s claim completely overlooks the fact that wearing hair bonnets is rooted in black culture.

In speaking with NBC News, Tia Tyree, a communications and culture professor at Howard University, mentions, "in understanding or hearing her story, it’s amazing to me that her product was precipitated on an invention that came from a once-in-a-lifetime problem.”

Tyree adds, “the benefits of hair wraps have been known for generations, so for anyone to market their product in a way that appeals to individuals as if this is a new idea is simply unacceptable because it negates the fact that African American women have had and used this product for decades.

In fact, during the 1700s, “the Tignon Laws forced African women in Louisiana to wear a scarf or handkerchief over their hair as a visible sign of "belonging to the slave class, whether they were enslaved or not," according to the U.S. National Park Service.

"Those women affected by the law did, in fact, cover their hair, but they did it with elaborate fabrics and jewels — an action which technically meant the letter of the law but also allowed them to maintain their standards of fashion and beauty," the National Park Service's website states.

For Black women, tying our hair up at night comes second nature. For Lindenberg, as she states, “after much consideration, conceptualization, brainstorming and borderline obsessive research”, there is no way, in some opinions, for her to not have come across literature, articles, and images through a simple Google search of a hair bonnet and the culture context behind it. 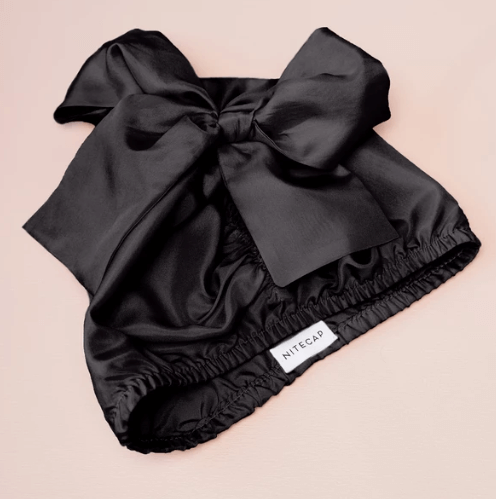 "This goes deeper than cultural appropriation, it goes into ignoring the work that black women have already done to solve a problem that they have had to deal with," Tyree said.

Within the Black community, there are stores and outlets that sells the hair bonnet for under $20.

We all encourage entrepreneurship, but coming into the market and claiming it as a “breakthrough” product, that’s when it becomes an issue.

NiteCapCo has recently posted an Instagram follow for the backlash it has endured from the release of the product.

Is There Any Hope For a Hair Relaxer That Is Healthy For Me?